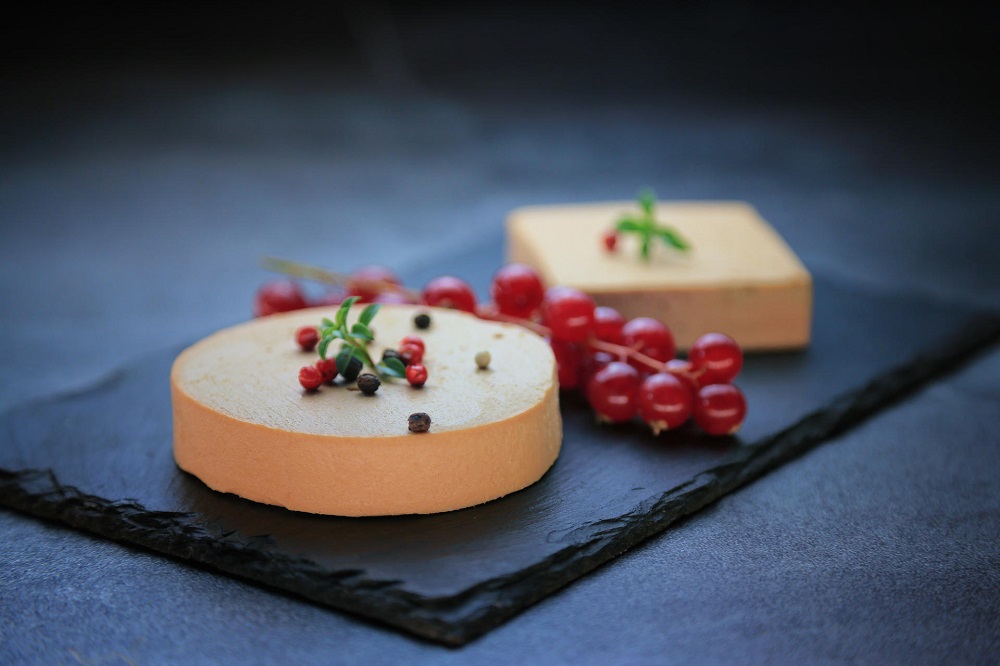 Whole foie gras which is also called fatty duck or geese liver in some regions is French cuisine that has become very popular all around the world. Sometimes, consumers mistake foie gras for pâté de foie gras which is a smooth spread made out of white wine and foie gras. However, “foie gras” essentially refers to the whole fatty liver of a duck.

It is a very fatty and rich French delicacy. The velvety textures combined with its meaty and buttery flavor makes it a famous cuisine. Chefs prepare it in several different ways, but its most commonly served with bread or crackers for a crunchy texture.

Whole foie gras is a very nutritional food item. It has a variety of minerals and vitamins. At the same time, it is very expensive. It is highly rich in vitamin B12, vitamin A, and copper, and iron. Because of its rich fat content, it is very high in calories and fat.

That being said, the fat in the foie gras is a very healthy combination of saturated plus unsaturated fats. It also has a high amount of monounsaturated fat content which is considered to be highly anti-inflammatory and also helpful in reducing the risk of heart diseases.

The high-fat content also makes it a very filling meal. This can help you regulate the intake of foie gras which is very necessary considering the high-calorie count.

An interesting fact about whole foie gras is that it was popularized by the French, but has been around since ancient Egyptian times. Also, the production of foie gras surrounds some major controversy because the ducks are force-fed to get fat. To make this food item, the duck liver is supposed to be enlarged by 10 times its size. This practice which was originally discovered by the Egyptians started in 2500 BC. This is considered an inhumane practice by many people. But foie gras remains has one of the most luxurious food items around the world.

Whole foie gras will be sold sometimes as a pâté or other times as a mousse. You can then serve it in terrines or also as hot entreé and main ingredients. In France, the law clearly states that “foie gras is part of the protected cultural heritage of France”.

Whole Foie gras is a rich and luxurious food but make sure you are consuming it right. The minerals and vitamins present in it are high in content. At the same time, there are 130 calories along with 42 milligrams of cholesterol per serving. Being active is a must if you are consuming such fatty items.

When Do You Call For Fire Watch Services?

Tips on Purchasing Cheese from a Good Delicatessen

What is there in E-Cigarette Aerosol?

Preparing for the New CCNP and Everything Else That You Should Know...

A Beginner’s Guide to Online Betting

How to steer clear from wild plants that make a home on...