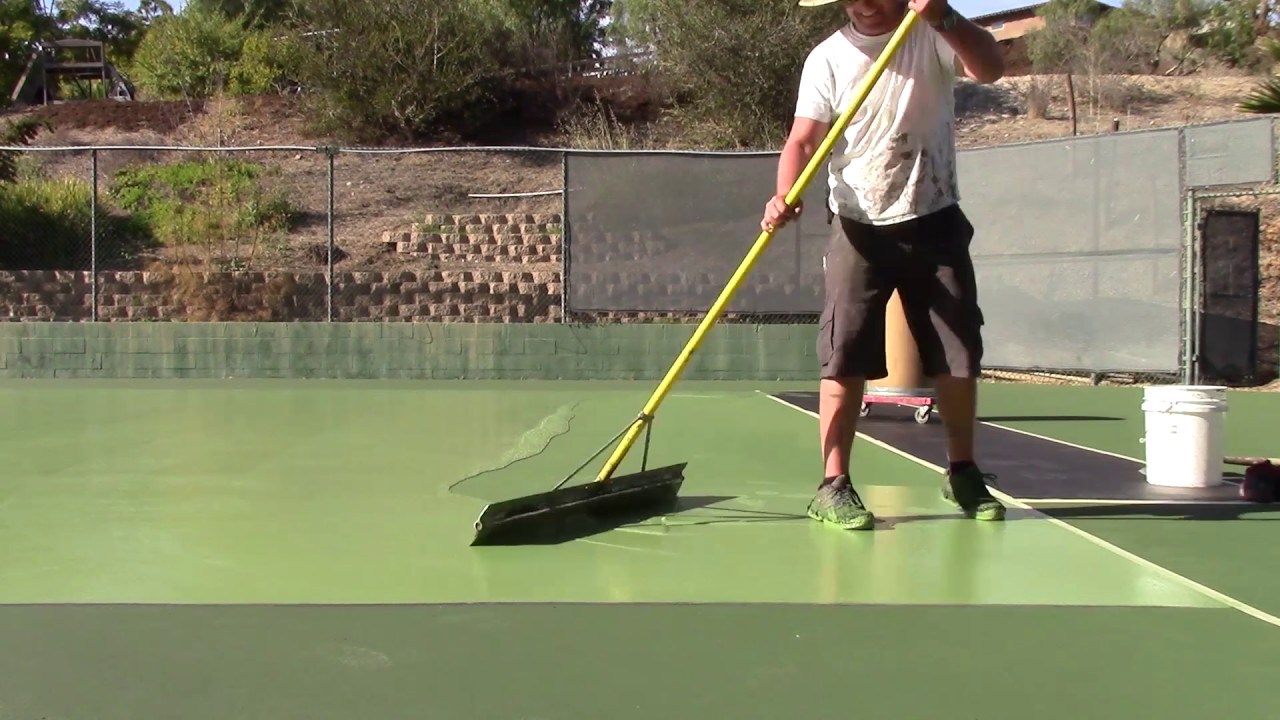 Every tennis grand slam match is played on a specific court surface. For example, Wimbledon is played on a grass court while French open is a clay court event. If you are planning to install a new court for your institute or school or whatever place it may be, always remember that the type of court plays a major role on how the game is played and on the effects of tennis on your own body.

While installing a new court or going for tennis court resurfacing, you have a task of choosing what type of court you want based on your needs and preferences. Here is a quick overview of each to help you Clay courts are made up of stone, brick or compressed shale. The bounce of the ball is higher and slower on a clay court as compared to grass. Every year, French open is conducted on the premier Roland Garros clay court. Clay courts are relatively easy and cheaper to install. These courts are naturally favorable for baseline players and encourage a more calm and enduring game. Mostly, these courts are popular in Europe and Latin America.

Grass courts are becoming less popular compared to before due to the high maintenance costs of putting water and trimming. These surfaces also are most impacted by weather changes compared to other court types. A player needs to reach for the ball quicker and should have a stronger serve and volley skills to perform well in this court. Wimbledon championship is the only grand slam played on a grass court.

Hard courts are very easy to maintain. The main materials used in construction are asphalt and concentrate. The ease of maintenance makes these courts the most widely used surfaces; be it The White House or a high school or a popular tennis academy, most courts nowadays are hard courts. These courts can range from faster to slower which depends on the amount of sand that is put on the court. The more the sand, the slower is the ball speed. Both US open and Australian open are conducted on hard courts, the former being an acrylic and the latter, a synthetic one. Hard courts tend to equalize the playing field and are favored by athletes too.

Carpet courts are removable court surfaces. The material can be anything ranging from artificial turf to hard rubber. Generally, carpet courts are good for a speedy game.

Each of the four popular court types allows specific benefits for different players. Some players better in one type of court than others. The traditional hard courts are neutral and fast paced, clay courts are ideal for defensive players due to the slower ball movements. There are also the slip-resistant polymeric courts that care for your joints. Last, but not the least, the most versatile artificial carpet courts that are easier to dismantle and allow play at any time of the year.

Acquire Professional Tree Services to Give Your Garden Aesthetic Appeal

How else can you make real money in CS GO?

Having a car is a necessity not a...

Why is Roof Inspection Important Before the Winter...