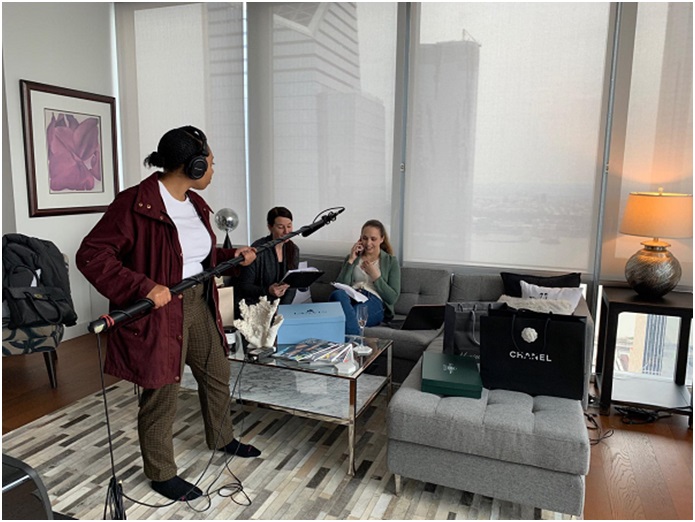 Elin Hilläng is a Swedish actress living in America. She has played many great parts throughout her career. Getting into acting was not always on her charts. She fell in love with acting when she was just a 17 year old girl. That was a major turning point in her life. This is the story about Elin Hilläng’s journey from Sweden to New York. You can follow her on her official website https://www.elinhillang.net and on her official Instagram “elinhillang”.

Elin Hilläng didn’t always want to become an actress. As a child, she had a passion to work with animals or kids. She has always been a big time animal lover and at the beginning she wanted to advance her career in that very direction. However, her mind-set started changing as she grew older. At the age of 17 she started acting and she immediately fell in love with it. From that very moment she knew that acting was the thing that could make her happy.

In 2016, she moved to New York to pursue her dreams. This was the very first time she put her foot on US ground. Her initial days she had to face some challenges as she wasn’t a native English speaker. That didn’t stop her from making her dreams come true though. She grabbed every opportunity that the city provided.

During her first year studying acting at the New York Conservatory for Dramatic Arts (NYCDA) she landed a lead role in a shortfilm named “På Väg” (“On my Way”) in Sweden when she was there over Christmas break. It was produced by EH47 Group, Filmproduktioner and Green Line Film Productions and was awarded and chosen as one of two films to be shown as pre films at Flimmer Film Festival in Sweden. After graduating from the NYDCA, she was selected to play the lead role as the Scarecrow in Alpha NYC’s Off-Broadway play, “The Wizard Of Oz”.

Elin also acted in a number of web-series and short films. She received great feedback on her role as Nanaya in a short film named, “Damned Are The Lost” by George Carrillo, that was shown at Art Slope ’19 film festival on April 6th, 2019.

Elin’s goal is to constantly improve herself through her work. She has dedication and passion to work hard to achieve her dreams and to make a name for herself in the industry. She may be from a small place like Sweden but she has the courage it takes to make it big in a city like New York.

Roblox Game: Rediscover The Beast Within Yourself

How Much Does Labiaplasty Cost?

5 Accessories for Gaming You Need for Your...

Roof Services Near Me: How To Choose the...