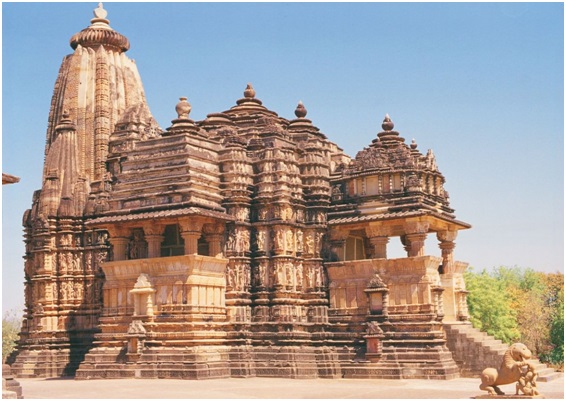 Gone are the days when people were satisfied by the mainstream tour of top ten places in the name of sightseeing when visiting a city. Nowadays, travellers are constantly looking for places that have history and stories behind them.  Whether you are an art lover, nature lover, history enthusiast, or just someone who likes exploring new and interesting places, Khajuraho is the place for you.

Located in Madhya Pradesh, Khajuraho is set with the perfect backdrop of the Vindhya range of mountains. This small and curious town is famous for its temples of Hindus and Jains. The rock carvings on these temples are enigmatic and have been a subject of great discourse and theories. These carvings were constructed by the rulers of Chandela dynasty between 950 AD and 1050 AD. However, unfortunately, due to the end of this dynasty, these temples were left unattended and most were covered by date palm for hundreds of years. These temples were rediscovered, and earlier known as Vasta, the town was renamed Khajuraho, on khajur (dates).

Out of the 85 temples that existed originally, only 22 have been able to survive. But they are all beautiful and grand, and are definitely worth visiting. Once here, you can select the best accommodation on the Khajuraho hotels list, the likes of The Lalit Temple View Khajuraho, for the best experience of the town and begin your exploration of the following temples. 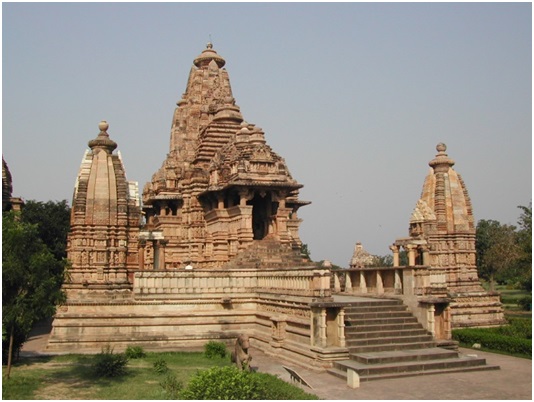 An interesting fact about this temple is that it took twenty years to build and was finally completed in AD 954, during the reign of Dhanga. Despite the time it took to be constructed, it is perhaps the best preserved. It also has Khajuraho’s most orgiastic carvings, which includes a man and a horse, with a figure emerging out from behind her hands.

The most stunning and well-preserved temples in Khajuraho are a part of the Western Group. Built between 1025 and 1050, this temple is 30.5 metre long and is the largest Western Group temple. This temple is important as it represents the best attributes of Chandela architecture.  There are many representations of female beauty and sexual acrobatics on these temples as well. The temples of the Western Group also have a872 statues, most nearly 1 metre high.

Said to be built in 1002, the Vishvanath Temple is similar to the plan of the Kandariya-Mahadev Temple. Devoted to Shiva, this temple is a beautiful specimen of Chandela architecture, adorned with myriad carved figures as high as the highest levels of sikharas. The sculptures found here include a female exhibiting a headstand; sensuous surasundaries  writing letters, embracing babies, observing their reflection in the mirror, etc.

A unique and rare temple among North Indian temples, in Khajuraho, Chitragupta Temple is dediacated to the sun god, Surya. Even though it is not as well preserved as the other temples, it houses fine and meticulous carvings of apsaras and surasundaries, elephant fights and hunting scenes, mithunas, and elaborate processions of stone carriers. What is interesting about this temple is that in the inner sanctum, at the base of the statue, you can see seven horses that pull Surya’s chariot, while in the lower niche, there is an eleven-headed carving of Vishnu, which represents the god and ten of his twenty-two incarnations.

Once you have figured out places to stay in Khajuraho, it is a good idea to make a list of all the temples you want to visit so that you can cover them in an orderly and structured manner, utilizing all your time in the best possible way.

Does Embroidery Digitizer Help You To Make Money?

5 Reasons Why You Need to Visit Turkey

This Is How to Plan the Perfect Trip to Miami Beach

How Babes Of London Escorts Maintain Their Beauty?

5 Ski Trip Planning Mistakes and How to...

5 Tips for Dealing with Pet Loss

How to Figure Out Your True Foot Size

The Benefits of a Private Jet Charter