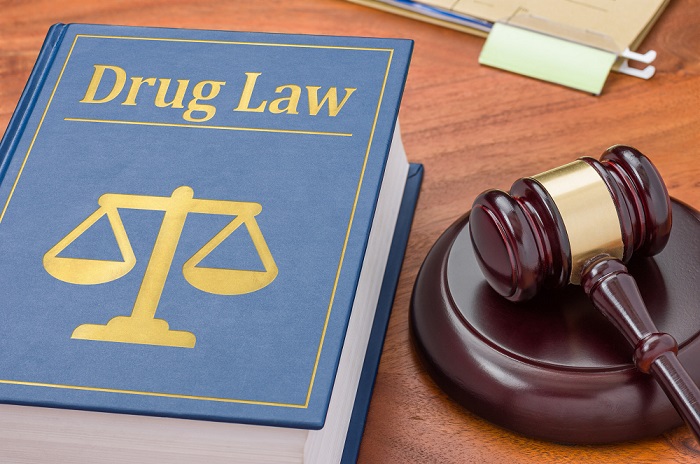 A study completed by National Survey on Drug Use and Health found that 19.7 million people were battling drug abuse.

Over the past few decades, there has been an increase in drug-related crimes. As a result, government officials have introduced legislation to help with these escalating problems.

This article will discuss how drug crime laws differ between state and federal levels in America.

State and Federal Law in America

The state and the federal government have a clear distinction in handling drug offenses like drug possession. State law handles drug offenses as either misdemeanors or felonies, depending on the nature and quantity of the crime.

The punishments for state felony offenses can range from fines to imprisonment.

On the contrary, federal law has strict penalties for drug offenders. These crimes are considered “high-level drugs” and carry heavy punishment. These differences in legislation are due to different approaches by state versus federal governments.

For example, 12 states have no minimum sentence for drug offenses, while some states have one year or more. Another example is the amount of time a defendant must wait before they can apply for parole.

For some states, defendants can be eligible for parole after serving part of their prison term.

All states have their list of controlled substances grouped into “schedules.” This is based on various factors, such as the potential for abuse or addiction and medical use.

The states follow this list when determining what level of crime has been committed. They also use them to determine the punishment that fits the offense. It is best to hire a drug possession attorney to help you if you get charged, as navigating “schedules” can get complex.

Many drugs are illegal at the federal level but legal for medical use. The federal government has a list of five different crime and drugs levels, or “schedules.” Each level has its own set of consequences if found in violation.

As mentioned before, state laws vary widely, but most states have set minimums for sentencing and other penalties related to controlled substance offenses.

Until a few years ago, the federal government did not strictly adhere to mandatory sentences. It allowed the judge’s discretion in determining punishment on a case-by-case basis.

In 2014 however, Congress passed The Federal Sentencing Reform Act, which imposed mandatory sentences for drug crimes.

Federal laws set the standard in the U.S., and most states have adopted similar policies concerning drugs.

As you can see, drug crime laws have been embraced across the United States and are fully backed by the federal government. You need to understand the possible consequences of the law in case you or a loved one faces charges.

If you don’t understand everything, it is better to employ a lawyer to help you navigate this complex list of laws.

If you would like more tips, please visit the lifestyle section of the blog.

Should You Sue for a Workplace Injury?

What Are the Different Types of Car Accidents That Occur Today?

Vaping for Beginners: 5 Tips to Keep In...

Benefits of opting for the new roof installation

What Kids and Young Adults Love About Swimming and Diving