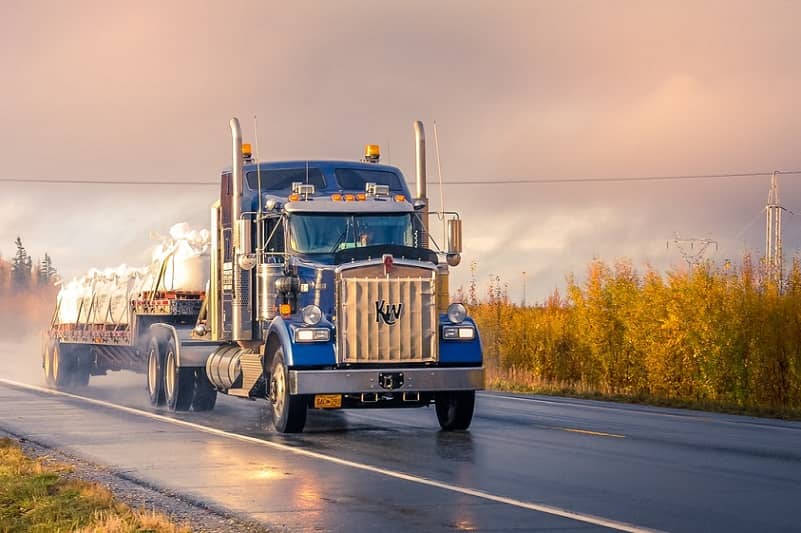 Driving can be dangerous, as it involves large, heavy vehicles flying by each other at very fast speeds. It is so dangerous that around 1.35 million people die in road crashes each year. While any accident on the road is bad, an accident with a truck can be particularly frightening.

But why is this the case? Why are truck accidents so much worse than regular accidents? We’ll be answering these questions right now, so read on!

Have you ever seen a car sitting side by side with a semi-truck? The truck towers over the car, in some cases it will be nearly twice as tall. It also extends far further than the car, often doubling or tripling its length.

It is obvious that semi-trucks are some of the biggest vehicles on the road. With that much size and weight behind them, they have plenty of mass.

This figures into some pretty basic physics. Newton’s laws state that it takes a lot of force to stop an object with a lot of mass. So, in an accident, this force acts on whatever comes into contact with the truck, often with devastating results.

Think of the truck like a bowling ball, large and heavy, and a car like a bowling pin, smaller and lighter. When the ball comes into contact with the pin, its greater mass pushes it forward while the pin is sent flying.

Trucks are Prone to Accidents

Unfortunately, semi-trucks have features about them that make them harder to drive than a normal vehicle. This makes them even more likely to be involved in an accident.

For one, semi-trucks have a load of cargo behind them. This load can become unsecured or pieces of it may detach. In these cases, the cargo may fly out and cause damage to the vehicle traveling behind.

The cargo also creates a blind spot. In most cases, semi-trucks do not have a good rear view, because the cargo blocks this angle. So, semi-truck drivers have to deal with limited visibility.

This blind spot is extended even further if the cargo is very long. In these cases, truckers are often unable to see exactly what is next to their vehicle. This makes merging lanes or turning problematic.

Large cargo also forces trucks to make extremely wide turns. While a car might be able to handle a specific turn with ease, a truck will need far more space in order to have the proper clearance. While turning, a truck may accidentally hit anything in the cargo’s path.

Trucks also deal with some of the same issues that regular vehicles deal with but on a much larger scale. If a car loses control of its breaks, it may be able to coast forward until coming to a stop. However, if a truck loses control of its breaks, its larger mass will keep it moving forward for far longer, which makes it a nearly unstoppable threat.

Truck Drivers are Prone to Accidents

Semi-trucks are part of a rough business. Truckers have to keep strict schedules and deal with tough hours. These factors and more make driving a truck even more difficult.

The long hours are one of the biggest factors here. Anyone who has driven for hours and hours in a row is aware of how boring it can get. Highway hypnosis and a fading attention span can be a problem.

Long hours also come with a lack of sleep. Driving while sleep-deprived can be nearly as dangerous as driving drunk. Delayed reaction time and diminished decision-making ability impact both, which makes sleep deprivation a key component of many truck accidents.

In serious cases of sleep deprivation, the driver may even fall asleep on the road. This turns their vehicle into a danger to everything on the road, as it is now rocketing forward without guidance.

The advent of cell phones and other distractions opens up an entirely new avenue for danger. Many states have laws against using a cell phone while driving, yet many people continue to do so. If an already distracted trucker is further distracted by their cell phone, they may soon find themselves in a semi-truck accident.

The Fault of Truck Accidents

Accidents with trucks are some of the most dangerous types of car accidents. They can also be devastating to recover from, both physically and financially.

This is especially the case when it comes to smaller vehicles. When a small car comes up against a large truck, it is more than likely that the small car will be severely damaged or totaled entirely. This damage can also extend to the people within the car.

However, as mentioned above, there are many cases in which the trucking company or the truck driver is directly contributing to factors that led to the accident. If the driver was working or being forced to work unrealistic hours or if the driver was driving distracted, then there is a serious problem.

In these types of cases, it is always beneficial to check with a truck accident attorney. They know and understand the legal situation and can advise you if a truck accident lawsuit is necessary. If this is the case for you, make sure to visit this website for more information.

The Danger of Truck Accidents

Truck accidents are a perfect storm of negative factors. The large size of a truck makes a larger accident while factors regarding the truck and driver make them more prone to accidents. Together, these are dangers every driver should be aware of.

If you found this article insightful, be sure to read more of our articles.

A Complete Guide on What to Do After a Fender Bender

How Many Types of Vaping Devices Are There?

How To Properly Fit And Install New Rims To Your Car

Save Big when you Shop Online

What Are the Signs You Need a Divorce?

Why CBD Products Are All the Rage: A...

Loans With No Credit: 3 Ways To Get Started

Challenges Newlyweds Face and How to Handle Them