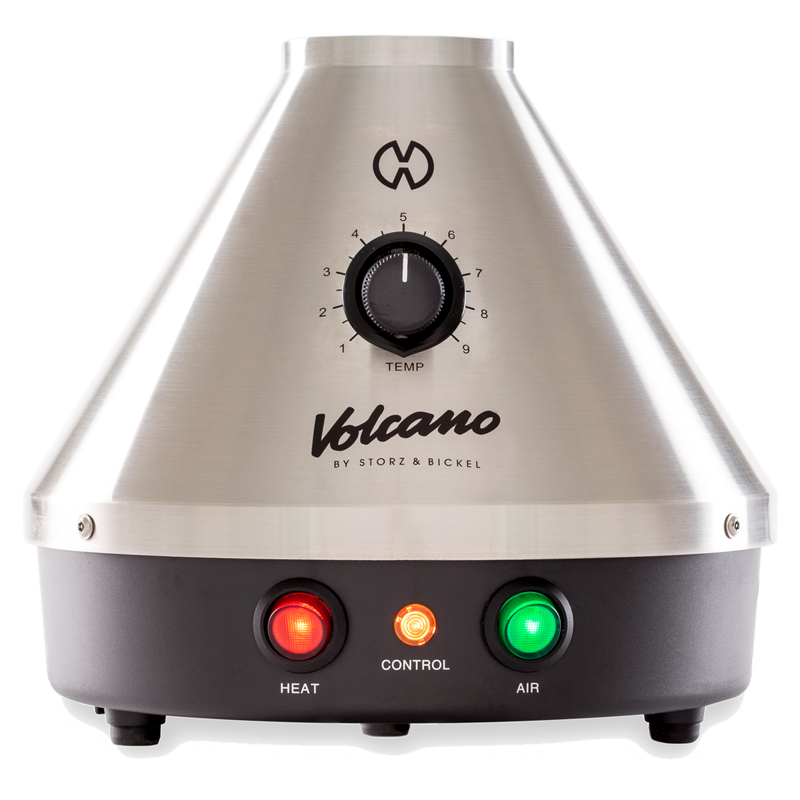 Whether you started getting familiar with the concept of vaporizing special green flowers ten years ago or just yesterday, if you’ve done any research into the variety of devices that can get the job done for you, there’s a pretty damn decent chance that you’ve at least heard of the legendary Volcano in passing. This object is basically a mythical entity in the world vapes and vape enthusiasts, and for very good reason. It may not be so undisputed these days but if it’s no longer the best vaporizer, it’s at least the most influential one in the short history of vaporizing technology development. Still, it can hold its own even today in keeping up with the quickly improving look and performance of cannabis vaporizers. What exactly is it about this device that makes it such a legend of the culture? This article will clarify that for you. Just the background of its creation is a good point to start. It wasn’t just created by some random stoners who happened to have a brilliant idea, a lot of expert knowledge was necessary at the root. Storz and Bickel, the creators, hail from a small town in Germany with a huge development and production sector for the engineering of medical equipment. Obviously, the men behind the Volcano had a ton of medical technology expertise behind them, and they executed it splendidly in the realization of their concept. All the significance of the phrase “german engineering” is poured into the design of the Volcano and you’d be hard pressed to find a single screw that isn’t made of premium materials. Some people boast that their classic Volcano from as far back as 2004 still functions as it did the first day they used it, even today in 2018.

Reading about the Volcano will never prepare you for the exceptional quality of vapor, or the novel entertainment provided by the curious act of sharing a giant plastic balloon filled with potent THC rich vapor. As fun as it is to use recreationally, what really cemented the cultural significance behind the Volcano and made it known as the best vaporizer for nearly two decades is the ease of use for seriously ill patients. The Volcano’s impact in medical marijuana industry particularly made certain that the vaporizer market would grow to what it has become today.

The Dangers of Gingivitis

How to Advertise Your Business Online: Tips for...

All You Need to Know About US Markets