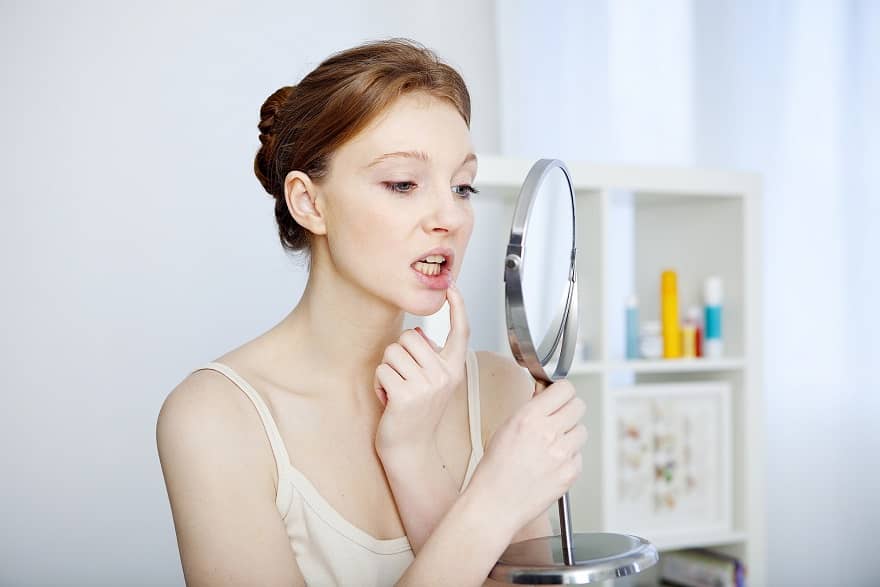 It can be a common subject but your oral health is important, and there are some key reasons your gums could be bleeding when you work on cleaning them. It could mean there are problems, or it could just mean you need to brush better.

Either way, it’s important to watch for the signs so you can fix any issues in your oral health, cure gum disease, and more. So, let’s take a closer look at why your gums are bleeding when flossing.

Learn the reasons why do gums bleed when flossing, so you can prevent it. Let’s begin.

The most common reason for gums bleeding is due to using floss that is too rough or using an improper flossing technique. When flossing, it is important to be gentle and use a light back-and-forth motion.

If the floss is too rough, it can damage the delicate gum tissue. If the flossing technique is incorrect, it can also irritate the gums and cause them to bleed. If you’re not sure if you’re flossing correctly, ask your dentist or dental hygienist for a flossing guide.

When you first start flossing, your gums may be more sensitive and bleed more easily. If you don’t floss regularly, the plaque and bacteria can build up on your teeth and cause your gums to become inflamed and bleed.

Poor nutrition is one of the biggest contributing factors to bleeding gums. When our diets lack proper nutrients, they cannot create defense from bad bacteria. When the body does not get the necessary vitamins and minerals, it can lead to problems with the gums.

In addition, poor nutrition can also cause other oral health problems such as tooth decay and gum disease. That’s why it’s so important to eat a balanced diet and get plenty of vitamins and minerals for optimal oral health.

Flossing and taking certain medications can both cause inflammation of the gums. Also, medication can attribute to softening of your gums which makes it easier to bleed. If you are experiencing bleeding gums, be sure to tell your dentist so that they can determine whether or not your gums are inflamed and, if so, treat them accordingly.

Additionally, smoking can also reduce the healing process of the gums, making it more difficult for them to recover from inflammation or injury. If you are a smoker, it is important to take extra care of your teeth and gums to avoid bleeding and other complications.

Gum bleeding is a common symptom of periodontitis. When plaque and tartar build up on teeth, it can irritate the gums and cause them to become inflamed. This inflammation makes the gums more susceptible to bleeding when they are brushed or flossed.

As the disease progresses and the gums start to pull away from the teeth, the roots become exposed. These exposed roots are more vulnerable to bleeding, even with gentle cleaning.

As periodontitis gets worse, small pockets of infection can form around the teeth. These pockets can also cause bleeding when they are cleaned.

Gum disease is an infection of the gums that can lead to bleeding when flossing. Gum disease is caused by plaque, a sticky film of bacteria that forms on teeth. Plaque can harden into calculus, or tartar, which can irritate the gums and lead to gingivitis.

Gingivitis is an inflammation of the gums that can cause them to bleed. If left untreated, gingivitis can progress to periodontitis, a more serious form of gum disease.

Treatment for gum disease includes regular brushing and flossing, as well as professional cleanings. Find orthodontic treatment here if you believe you need help in this case.

Age is a Factor

As we age, our gums naturally begin to recede. This process is called gingival atrophy, and it can cause our teeth to appear longer. In addition, the gum tissue itself becomes thinner and weaker.

This makes it more susceptible to injury, which can cause bleeding. Flossing is an important part of oral care, but it’s important to be gentle when doing so.

If your gums are bleeding when you floss, try using a softer bristled toothbrush and using a gentler touch. If the bleeding persists, consult your dentist to check for other causes.

Hormonal changes can also cause bleeding gums when flossing. When hormones increase or decrease in the body, it can affect the gum tissue, making it more fragile and prone to bleeding.

Hormonal changes can be caused by a variety of things, including puberty, menopause, pregnancy, and taking certain medications. If you’re experiencing bleeding gums, you can search online for flossing tips that can help you.

Why do gums bleed when flossing, it’s likely because you have plaque built up along your gum line. This plaque can cause your gums to become inflamed, and when you floss, the plaque is disturbed and can cause your gums to bleed. The best way to avoid this is to brush and floss regularly, and see your dentist for regular cleanings.

If your gums are still bleeding when you floss, it’s important to schedule an appointment with your dentist. In the meantime, continue to floss daily and use toothpaste that has fluoride.

If you want to read more interesting articles, visit our blog for more fresh topics.

Auto Window Tint Near Me: How To Choose the Right Company

How to Save a Life: 3 Medical Advancements 2022 Has to Offer

The Importance of Knowing Your Diamond History

Pallet Wrapping Decoded – To Automate or Not...

How To Get The Most Out Of Your...

Cellulose vs Fiberglass Insulation: What Are the Differences?

How to Improve Your Smile

How to Find and Choose the Best Movers

What to Include in Your Living Room Remodel