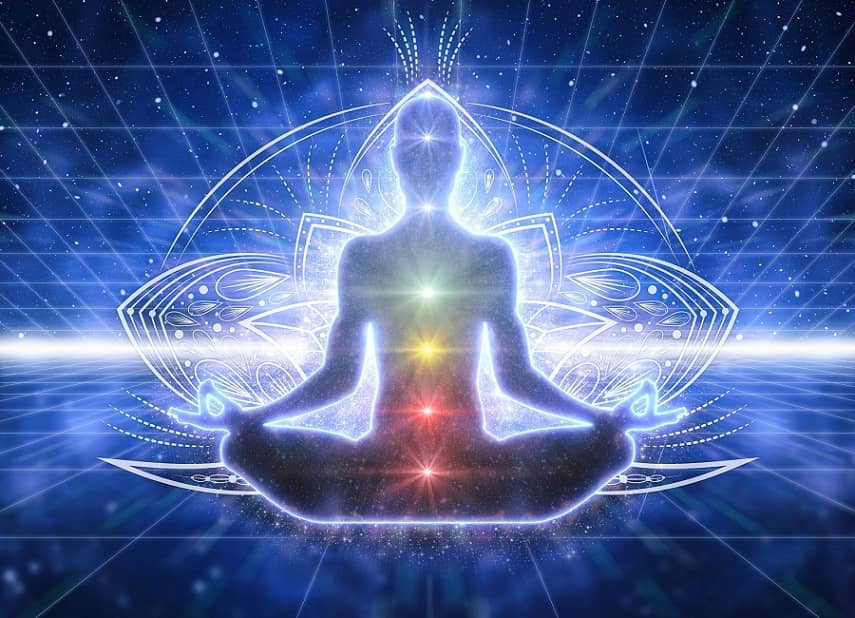 You’ve probably heard of the various chakras available in the body. The term usually gets brought up in yoga, since the chakras refer to the main centers in the body and the way energy moves through them. “Chakra” translates to “wheel” in Sanskrit, and the best way to picture a chakra is as a ball of free-flowing energy.

What are the seven chakras and how do they influence the body? We will discuss this and how to unblock the chakras.

This is the primary chakra located at the base of the spine. It’s visualized as a red color. This chakra controls feelings of survival, determines how you connect to the world and also controls feelings of dependency, ambition, and stability. An unbalanced root chakra can lead to insecurity, deep fears, feelings of frustration, and hurts your drive to succeed.

This chakra is located below the navel and radiates the color orange. This chakra represents creativity, sexuality, self-worth, intuition, adaptability, and compassion. When this chakra is unstable, it presents itself with a lack of creativity, emotional outbursts, and obsession.

This chakra controls the throat, mouth, neck, and tongue. It radiates blue and represents communication, self-expression, and confidence. Balancing this chakra helps you feel positive emotions.

This chakra connects to the heart and lungs and lies in the middle of the cardiovascular system. It also connects the lower and higher chakras. This chakra radiates green and represents trust, compassion, love, and passion. When unbalanced, this chakra manifests itself as anger.

This is called the crown chakra since it’s located at the top of the head. It’s the highest chakra and is considered the most spiritual one. Opening this chakra is said to connect the individual to the higher self. It’s a place of enlightenment and represents the cosmos and inner wisdom.

This chakra is located between the eyebrows and is indigo in color. It controls your intellect and when you open this chakra, you see more connections in the world. Underactive third eyes are said to cause migraines and blurry vision.

How to Unblock the Seven Chakras

Now that you know all about the seven chakras, you can now learn to unblock them. Engaging in yoga, meditation, eating a nutritious diet, using essential oils, breathing exercises, and time in nature are all popular methods. You can also get spiritual guidance or try a kundalini awakening.

Discover the Powers of the Seven Chakras

We have seven chakras that control the way we feel physically and mentally. It’s important you learn what these chakras signify and how to unblock them.

Continue reading our blog for more advice and interesting facts!

How to Play Blackjack at a Casino

Polysubstance Abuse: How Therapy Can Help

Why Hearing Problems Is really a Curse And the way to Prevent It?

Tips On Navigating Your Options In Pet Food