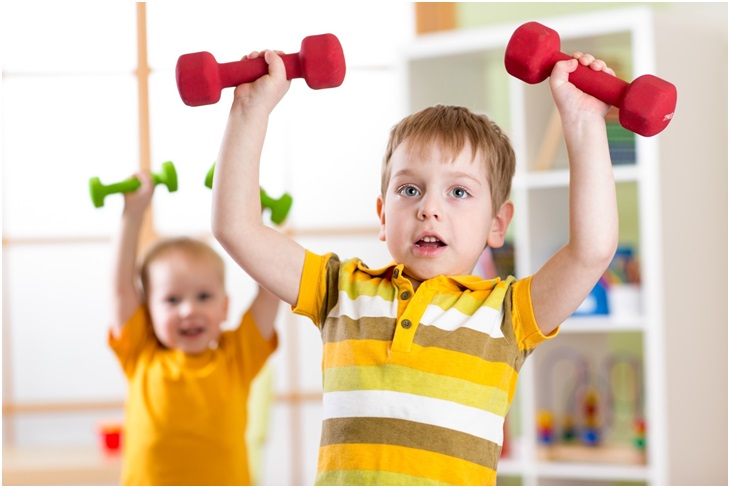 If you are in a stable relationship, the idea of whether or not to have kids is going to raise its head.

Looking at the statistics, it’s clear what decision most are coming to. 2020 was the 6th year of consecutive decline in the birth rate in the USA, a pattern that is echoed in most of the western world.

The reasons not to have kids are perhaps more mainstream than otherwise. The opportunity to save, travel and live with more independence seems to be more in vogue with the ideals of today. But could the benefits of having kids outweigh the cons?

Keep on reading as we discuss how having children may benefit you now and later in life.

When it comes to self-development, there really isn’t anything better you can do than to have children.

Why such a bold claim?

On a purely informational level, having kids will have you leveling up on everything from the capitals cities of the world to your algebra as you help them with their homework. Sure, you may have covered some of it in school yourself, but you soon realize how little of it sticks as you try your best to up your children’s grades.

As a result, your knowledge of the wider world is broadened as you can look at the world through your children’s eyes.

If you have children later in life, then the impact on your intelligence is even more potent. One study of over 800 women found that having a child after 35 had better memories and mental agility than those who had them earlier in life.

You Stop to Smell the Roses

As mentioned earlier, looking at things from your children’s point of view has its upside. Taking that to a fuller extent, a reason that any parent will tell you is one of the best benefits of having kids is seeing the world through your child’s eyes.

It is easy to lose that sparkle that we once had as kids where everything sparked your curiosity as the years go by.

However, being a father or mother means that we are reintroduced to just how interesting everything around us is! It could be a leaf on a tree, a marking on the pavement, or a snail in your garden, but if your child stops to have a look at it and ask you questions, you soon find yourself looking for the answers.

You even find yourself falling back in love with the pastimes and hobbies you used to do when you were young. Reminding yourself that it is okay to play around again as an adult is a lesson that most of us could learn.

These realities may not seem too profound. But you soon realize once children are in your life just how rich the world is around us. If you are part of today’s generation, having a life full of fulfillment and meaning is part and parcel of what most are looking for, and that is just what you will get if you decide to have children.

The search for added meaning in life is enough for many to consider having kids. The good news is that even men who may have taken decisive action not to have children in the past now have the ability to backtrack a vasectomy, with the cost of a reversal becoming more and more reasonable.

Contrary to belief, being a parent automatically comes with the addition of a few grey hairs and an automatic dadbod. In fact, the opposite is true in many cases.

What becoming a parent does do is force you to reflect on your health. Naturally, you want to ensure that you live as long as possible, enough for many who have bad habits to stop. It also causes many to take up new healthy habits, be it increasing the amount of exercise we do or trying to eat better.

But there are more health benefits of having kids.

Did you know that becoming a parent has a direct effect on your blood pressure and life span?

In a study conducted by Brigham Young University, after tracking people over a 24 hour period, those with children had significantly lower blood pressure.

Much is written about the dangers of hypertension, but it is curious to note the link between this common cause for concern and having children. The fact that being a father or being a mother could help you sidestep one of the main causes of heart disease, strokes, and heart attacks is nothing to be glossed over.

Having children later in life is also proven to help you live longer too. By now, much has been written about parents having longer life expectancies than those without children, but having them later seems only seems to better the effect!

Women in one study who had their first children over the age of 25 were 11% more likely to reach the grand old age of 90. In some cases having more than one child increased the likelihood.

Reap the Benefits of Having Kids

Whether to have kids or not comes down to you and your partner. But as we have seen, the benefits of having kids are many and wide-ranging. We hope that our breakdown of the many reasons to have kids can help you make the right decision for you.

If you liked this post be sure to check out the other great lifestyle content on our site.

Personal Assistant Duties: How This Role Can Help Your Business

On the History and Evolution of Swiss Watch Makers

Preparing for a Lifetime, Not For a Day

Protect Your Eyes With A Pair Of Blue Blocker Transition Glasses

The Brief and Only Camping Essentials Checklist You’ll...

What Kids and Young Adults Love About Swimming and Diving