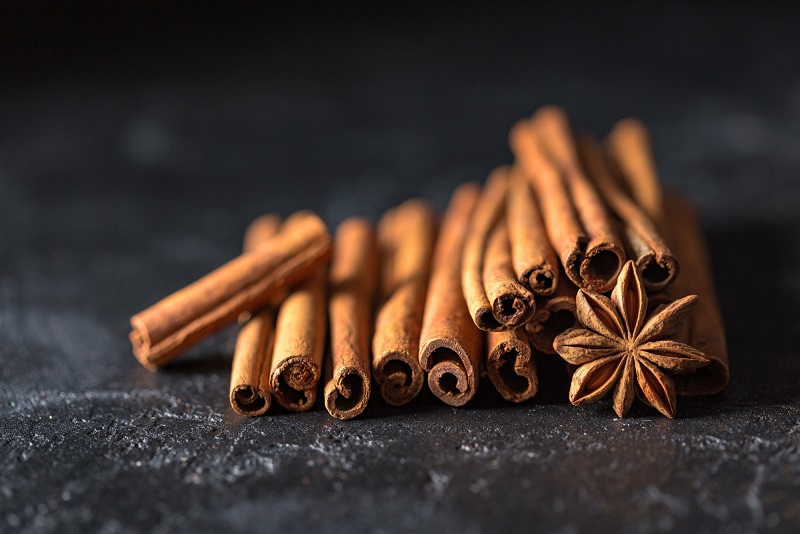 Cinnamon is a delicious spice that has uses in both savory and sweet dishes, but did you know it has a whole host of health benefits? If you love cinnamon sweet treats, this is music to your ears! We could all use a little less guilt when we indulge and cinnamon can help.

If you want to learn more, grab a cup of coffee and a cinnamon roll, and keep reading as we take a look at some of the health benefits of cinnamon.

Cancer is still one of the biggest killers in the United States and the world. Treatments are constantly improving, but prevention is still an incredibly powerful way to give yourself the best chance of never having to face it.

While the findings come from studies done in test tubes and on mice, there is evidence to suggest that cinnamon spice may prevent cancerous cells from growing.

Cinnamon contains a similarly named compound called cinnamaldehyde. This compound can help to limit the grown of certain bacteria.

There are a few different types of cinnamon or ways you can ingest it. For chest infections, cinnamon oil may help fight the infection.

It May Combat Neurodegenerative Conditions

A neurodegenerative condition is one where the brain function of the sufferer decreases slowly over time.

Alzheimer’s and dementia are two neurodegenerative conditions and there is some evidence to suggest that cinnamon contains compounds that can slow the buildup of the protein that is evident in the brain in Alzheimer’s cases.

Diabetes is a condition that affects how the body turns food into energy. Most of what we eat is broken down into glucose and enters the bloodstream.

In response to this, the pancreas produces insulin to regulate the level of sugar in the blood. However, in diabetes, the body doesn’t produce enough insulin and this can lead to health problems.

Cinnamon contains a compound that can give your body a helping hand by mimicking insulin. As little as half a teaspoon of Ceylon Cinnamon Powder powder per day can make a difference.

Cinnamon Can Lower the Risk of Heart Disease

We’ve mentioned cancer as a big killer, but heart disease is still the most common cause of premature death.

Studies have shown that cinnamon can reduce cholesterol, or more specifically LDL cholesterol which is seen as the “bad” type, while maintaining levels of “good” HDL cholesterol.

Did You Know About These Health Benefits of Cinnamon?

After reading about the health benefits of cinnamon, do you think that you should incorporate some more of it into your diet?

While eating more cinnamon rolls is perhaps a little counter-intuitive, adding a teaspoon of cinnamon to your coffee is an easy way to get a little more of it, enough to prevent illness and treat various conditions.

If you enjoyed this article, check out the health section of the website for more.

How Much Is My Land Worth? The Basics Explained

Beat the Heat: A Guide to Spotting and Fixing a Broken Air Conditioner

Enjoy a good night’s sleep with the right pillow

What is LASIK and laser eye surgery – A Complete Guide

How To Buy Cheap and Beautiful Wedding Dresses...

Distracted Driving Is Not Worth the Trouble

Auto Accident Record Checklist to Have When Meeting Your Lawyer

The Guide That Makes Creating a Workplace Safety Program Simple

The Importance of Having a Clean Home Office Space