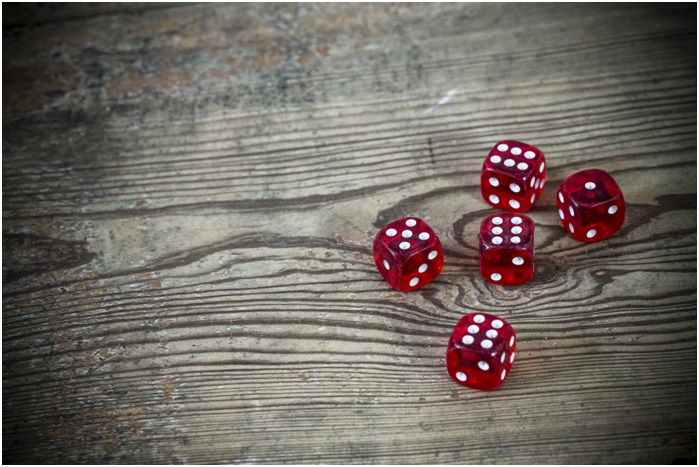 It’s the game of paupers and kings. It’s centuries old. And even today, it’s fun, affordable, and a great way of bonding with others.

No, it’s not chess. It’s something even simpler – dice.

Dice games have been popular for years. At some point, nearly every culture enjoyed dice games, with everyone from tavern patrons to Roman emperors to Richard the Lion Heart playing dice games.

Here are some of the more popular types of dice games that are still enjoyed around the world.

Even if you’ve never played a dice game before, you’ve probably heard of Liar’s Dice. The game’s popularity surged after being featured in the Pirates of the Caribbean movies.

Liar’s Dice is a game of deception. Players roll their dice at the start of each game, keeping their roll concealed from other players by hiding it under a cup.

They then bid on the value of the dice as a whole. Ones are wild, counting towards whatever number the bidder guesses.

Each turn, a player can continue playing or challenge the current bid. If a challenger is wrong, they lose a dice. If the bidder is challenged and is lying, the bidder loses a dice.

The game continues until only one player remains.

Pig is a very simple game that can be played with only a single die. It’s a high-risk, high-reward game.

The game ends when a player earns 100 points.

Pig is a simple, easy-to-learn game that’s good for all ages.

More than just a dice game, Dungeons, and Dragons, or DnD, is a tabletop roleplaying game. DnD involves players going on grand adventures together, playing unique characters, and rolling dice to determine the outcome of encounters. It’s one of the most popular dice games in the world.

Dungeons and Dragons games are run by DMs or Dungeon Masters. Dungeon Masters create and run campaigns for players, often adapting scenarios on the fly. No two campaigns of DnD will ever be the same.

Like a lot of dice games, you will need multiple dice to play. Many people even choose to buy custom dice or higher quality dice that they have used for years.

To keep them from getting lost or rolling off the table, look for the perfect tray to keep them safe.

There Are Dozens of Different Types of Dice Games

These are just a few of the different types of dice games. Playing dice games can be a rewarding experience for your next game night, family night, or date night. With so many different dice games, there’s something for everyone.

If you like this article, be sure to check out more in our Lifestyle section.

10 Things to Know About Getting a Dui in Arizona

How to Train Your Brain On Analytical Thinking?

Pick The Right Hairstyle Suitable For Your Face!

6 Policies to Shape a Sustainable Future

Things to Expect Before Buying Your First Home?