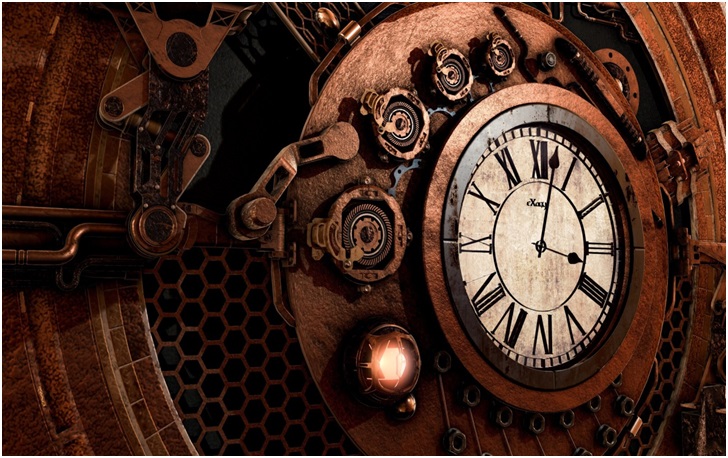 In 1927, Fritz Lang’s movie Metropolis became one of the first cinematic forays in attempting to predict what the future would look like. Since then, the genre of science fiction has exploded into many facets and strains. But do you know what retro futurism is?

Pervading art, design and popular culture, this style has recently made a huge comeback. Read on as we discuss the past, present, and future of retro futurism.

What Is Retro Futurism?

Retro Futurism is a movement in art, fashion, and design that uses retro stylings combined with new technology. Its influence comes from how the future was imagined in the past. All of the rocket skates and jet packs you watched in old science fiction movies as a child are a perfect example.

It can be confused with future retro. This is when people look at the past and design items based on how things should have looked. Retro futurism is about looking forward, from the perspective of those in the past.

On paper, this sounds like a lot of fun. Parading around in outfits fresh from a seventies disco club might sound fantastic, but the concept is born from quite dark themes. It explores alienation brought on by technology and the tension this causes.

Where Did It Evolve From?

Futurism itself was an artistic movement that developed in the early 20th century. It shared many common traits with retro futurism, celebrating what the future and its technology would bring. It reveled in the age of machinery, championing youth, violence, and speed of movement.

While it produced many great pieces of artwork, the movement was short-lived. World War I saw the manifesto of the futurist movement come to life, with its machines of death and destruction actualized. After the conflict, few believed in the notion anymore.

There are a number of sources that claim to have coined the term retro futurism first. One unverified reference is from a book by T.R Hinchcliffe called Retro Futurism. Released in 1967, it is unknown if this was where the term began or was simply adopted from former uses.

Closer to our present day, a 1983 advertisement in the New York Times describes jewelry as having a retro-futurist look. A description of the movie Brazil from 1984 in the same publication also describes the film as retro futurist.

Most retro futurist fashion originates in science fiction movies from the forties onwards. It uses what were futuristic-looking fabrics. They often included tight, lycra body suits and foil-type, reflective surfaces.

Fashion also limited the use of patterns and textures, replacing them with bold blocks of color. A move towards uniformity instead of expressing one’s individuality was common.

A lot of this had a huge resurgence in the sixties and seventies. This was an era when new materials were becoming available to the general public. The space race also added to the fervor around the concept in the public consciousness.

However, 80’s retro futurism is as prevalent as that from the science fiction films of the forties. The self-tying pumps seen in movies such as Back to the Future has a huge influence on fashion. This can be seen in modern Air Jordan ranges you can see at sites such as KicksCrew.

Aside from the aforementioned Steampunk, there are a number of other genres in popular culture that have used retro futurist ideas and innovations. The main ones are listed below.

A great example of both retro futurism and future retro in popular culture is the Steampunk movement. This takes elements of Victoriana and reimagines them. Visions of future technology are often steam-powered and mechanical.

H.G Wells and Arthur Conan Doyle are responsible for this. They created fantastic worlds envisioning what was to come. Their writing is classic retro futurism.

This has, in turn, influenced people looking back and remaining this fantasy period from a modern perspective. Therefore, it mixes with future retro, confusingly looking back on a past and reimagining what was already fictional.

Cyberpunk emerged in the eighties, with a genre of films that displayed a dystopian, technological future or post-apocalypse metropolis. It rose to prominence primarily with the seminal movie Bladerunner, but can also be seen in movies such as Alien from the same era.

Since then, Cyberpunk has been a recurring theme in videogames. In fact, Cyberpunk 2077, based on a hit board game, was one of the most anticipated videogame titles of 2021. Its glitch-laden release led to it being pulled from online video game stores.

Dieselpunk is an extremely unique genre that sits somewhere between Steampunk and Cyberpunk. It occupies the time period around the twenties to fifties, owing to a strong art deco style. However, its preoccupation with petrol-powered machinery gives it an industrial feel, bereft of the glamour normally associated with the age.

A common narrative theme is an alternate history to the World Wars, in which the Axis powers won. It borrows heavily from film noir tropes along with German expressionist art and theatre.

Atompunk is a view of the future from the perspective of the fifties, particularly that portrayed in the US. It is brightly colored, depicting the nuclear family and lots of brightly colored plastic. The cartoon “The Jetsons” is a perfect example of Atompunk.

Looking to the Future

Now you know the history of retro futurism, you are sure to spot it all around you. From fashion to movies, its influence can be seen everywhere in popular culture. You may even be wearing it right now.

This article is one of many to help you make sense of the hectic world of popular culture. We have a blog packed with advice for all your fashion needs, so bookmark our page and let us keep you on-trend this season.

Taxes for Small Businesses: 5 Things You Need to Know

Everything You Need to Know about Mitchum Jewelers

Classic Or Trendy, Midtown Barbershop Knows How To Master It

The polyurethane in our life and its application

Where to Eat In Houston: 7 Places You...