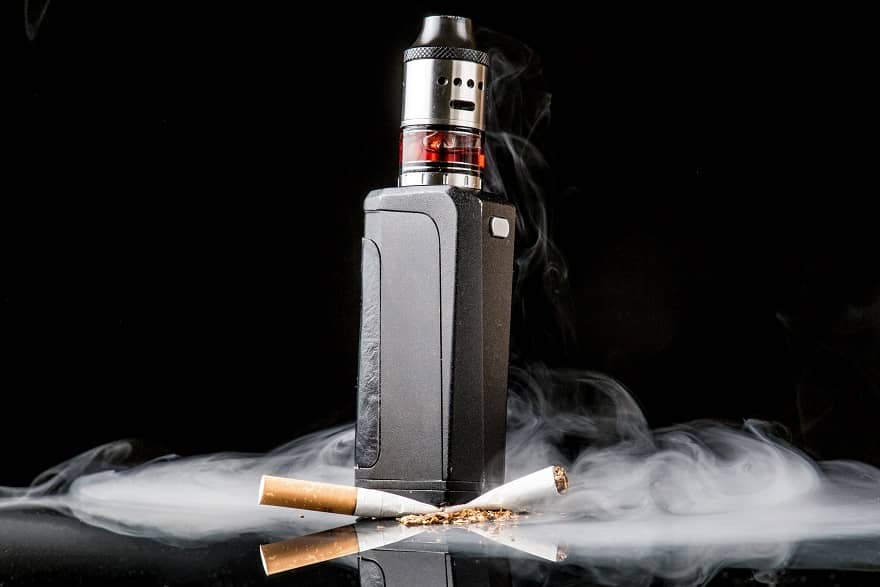 Smoking cigarettes is no longer hip, cool, or even cool enough to be ironic. So, you’ve kicked the habit and set your sights on the booming world of vaping.

That’s great! But, with the seemingly unlimited number of devices, liquids, and accessories out there, the world of vaping can feel as overwhelming as the world of cigarettes once did.

We get it. That’s why we created this simple guide to compare vaping vs smoking cigarettes. Continue reading!

The Health Risks of Smoking vs Vaping

The health risks of smoking a cigarettes vs vape are major public health concerns. The debate on which is more harmful, vaping or smoking cigarettes, is ongoing.

Vaping has been linked to serious respiratory illnesses. It is suspected to have potential long-term health effects. Both smoking cigarettes and vaping may cause nicotine addiction. Smokers may turn to vaping as an alternative to get their nicotine fix.

The Impact of Secondhand Vape vs Cigarette Smoke

Cigarette smoke has more than 7,000 chemicals, most of which can be classified as toxins. Exposure to secondhand cigarette smoke can cause severe health issues. Such as cancer, asthma, coronary heart disease, and stroke. Secondhand smoke from cigarettes is more dangerous for children and those with pre-existing health conditions.

In comparison, secondhand vaping is thought to be less dangerous, although evidence remains inconclusive.

The Convenience of Vaping vs Smoking

The convenience of vaping vs smoking has become a major point of discussion when compared to smoking cigarettes.

Vaping is significantly more convenient than traditional cigarettes. This is due to its lack of lingering smell and ability to regulate the amount of nicotine more effectively.

Unlike cigarettes, vaping does not involve the burning of any tobacco. You can easily refill them with easier access to e-liquid solutions. Not only can you customize the strength of the nicotine levels, but you can also find many flavors to make the experience more enjoyable.

You also don’t need to worry about disposing of a cigarette. You can just turn off the vape when you’re done or drop it in your pocket. Vaping is much less of a hassle and allows the smoker to have that nicotine rush with a fraction of the amount of effort.

The Cost Efficiency of Cigarettes and Vaping Products

Traditional cigarettes and related products, tend to be more affordable than vaping products. However, while they are often cheaper, the cost of smoking cigarettes adds up quicker in the long run.

Cigarette smokers are likely to pay more for a pack of cigarettes. This is due to taxes and even more health costs associated with smoking than vaping.

Vapers, on the other hand, can buy e-juice in larger quantities at a discounted rate. This, combined with the per-unit cost of vaping devices, is usually cheaper than buying a pack of cigarettes.

In the long run, choosing to vape over cigarettes can be a cost-efficient choice. Also, make sure to look for the best tobacco brands to get the most out of it, especially with regard to the cost.

The Environmental Impact of Cigarette Waste and Vaping Emissions

Cigarette waste is a major issue with the release of toxic chemicals, heavy metals, and carcinogens that find their way into our air and water. Vaping, on the other hand, produces significantly lower emissions in comparison.

The main component of vaping is a non-toxic vapor created through heated e-liquid containing nicotine. This vapor contains no additional toxic chemicals when compared to traditional smoking. Thus making it a much more eco-friendly option.

Additionally, the disposal of e-cigarette waste is much more controlled. There are regulations set in place to protect both the environment and the public. While not a perfect solution, e-cigarettes have allowed us to enjoy nicotine products in a much more sustainable way.

The Social Acceptance of Smoking Cigarettes and Vaping

Vaping does not produce tar and other harmful toxins. It only produces vapor that usually contains nicotine and flavorings. Thus, some people have argued that vaping is a more socially acceptable solution than smoking cigarettes since it does not release large amounts of toxins into the environment.

Unfortunately, no long-term health effects have been verified yet. Other forms of nicotine addiction exist, regardless of the method of ingestion. As a result, the social acceptability of smoking and vaping varies widely, depending on the individual and their beliefs.

Understanding the Legal Restrictions for Smoking Cigarettes and Vaping

Vaping and smoking cigarettes have drastically different legal restrictions surrounding them. Cigarette smoking has been drastically restricted by state and federal laws to ensure public safety.

In many states, it is illegal to smoke cigarettes in public areas, and taxes are also applied to cigarettes to make them more expensive. But, vaping is much more restricted, with some states banning it in public areas due to health concerns.

For youth under the age of 18, many states have increased restrictions on vaping products. Despite the dangers of vaping, vaping is still not as strict as smoking cigarettes, which is of tremendous benefit to the public.

For those looking to reduce risk, vaping could be the answer, while those looking to maintain their habits could find something beneficial in cigarettes. So, decide what works best for you and make an educated decision.

We’ve got plenty of informative articles available for you throughout our site. Check them out!

Benefits Of Managed It Services In Canada For Your Business

Show Your Support To Your Inmates By Writing...