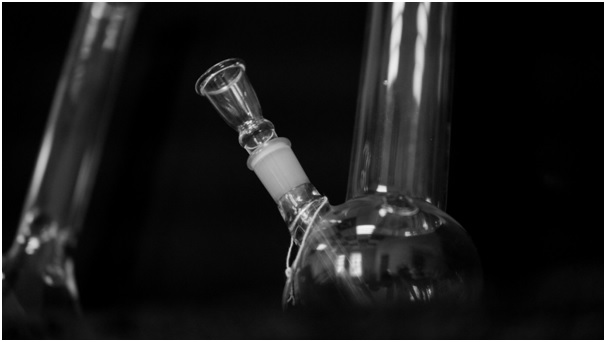 More than 35 states in the US have legalized medical and/or recreational use of marijuana. Marijuana has been shown to help relax individuals and give them control over their health again.

If you are a smoker and want to get the most out of your flower, there are options to consider. Continue reading to discover the main differences between bongs vs bubblers so that you can have the best smoke session!

The larger the device that you are smoking out of, the more smoke that can come through.

Many people like bongs because they filter out impurities and produce cleaner smoke. Cleaner smoke is easier to inhale but it also comes with maintenance. Make sure that you keep your bong clean to produce the best smoke.

Bubblers also produce a lot of smoke, but it is still significantly less than a bong. Bubblers are often a good choice if you are an intermediate smoker because the smoke is less purified.

When it comes to bongs vs bubblers, bubblers take the win for most durable.

Bubblers are typically made with one piece of glass that is stronger than bong glass. Bongs easily break because of how thin the glass is and because they are so tall. They also come with smaller pieces that easily break, leaving many smokers with an issue.

If you want to smoke with a device that is more durable and less likely to break, consider getting a bubbler. The design of this device is stronger and stable.

If you want to worry about less, a bubbler can help you out!

Bubblers typically have built-in downstems that don’t need to be removed. They also come with a mouthpiece and bowl, much like the traditional bong. Since bubblers have the pieces already connected, you don’t have to worry about replacing a small broken piece.

Many people have issues with bongs because they can have detachable mouthpieces, stems, and bowls. This all adds to a lot of pieces that will need to be cleaned and maintained throughout your sessions.

If you are looking for an easy-to-use and clean method of smoking, glass bongs and water pipes take the win.

Although they aren’t as durable and can easily break during the cleaning process, they are easier to take apart. Most bubblers have built-in pieces, that can’t come out, making cleaning difficult.

Both bongs and bubblers should be cleaned with alcohol or bong cleaner to fully get rid of bacteria and resin. The pro about cleaning a bubbler, however, is that it doesn’t break easily!

Bongs produce big clouds and significant highs, which is why they beat bubblers in quality of high.

Bong smoke sessions typically last longer than bubblers because of their size and functionality. Bongs have more space between the bowl and mouthpiece, which also produces a stronger high.

If you are looking to get a large hit, bubblers are the best choice. This is because they are smaller and the smoke can accumulate more quickly.

Bongs vs Bubblers — Which Will You Choose?

There are many differences between bongs and bubblers when it comes to smoking.

If you are looking for a device that is durable and less likely to break over time, a bubbler is your best choice. Those looking for a stronger high and more purified smoke should opt for a bong.

Depending on your preferences, both of these are excellent methods that people enjoy.

Be sure to check out our blog for more articles about bongs vs bubblers and which device you will benefit most from!

Pallet Wrapping Decoded – To Automate or Not to Automate?

Flat spring – What are its uses in different industries?

Do You Have to File Taxes on Disability Income?

Things To Know About Quality Blankets

Make A Vibrant Statement In The Office With...

Tips on How You Can Grow Your E-commerce Business

What to Think about Before Moving House

Are You Sure The Locking System Of Your Home Is Strong Enough?