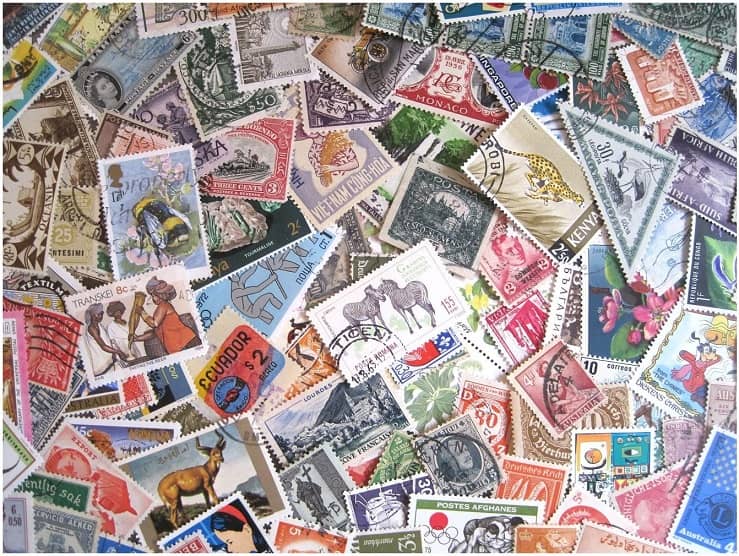 Many people like to collect unique and rare postage stamps. If you are one of them, you have come to the right place.

Almost 99% of stamps issued are not worthy of investing. It’s the remaining 1% that every stamp collector gets excited about.

The hobby of collecting stamps is known as philately and it is a lucrative pastime. If you are looking forward to adding some new postage stamps to your collection, go to the list given below.

This is considered the rarest postage stamp in the world. It was issued in 1856 by the British Guiana post office for use in newspaper circulation. After a shipment of the stamps went missing, an emergency batch was produced as a stop-gap measure. The single surviving copy was found by a young boy in 1873. He sold it for six shillings which became known as the most valuable stamp in the world.

The remarkable thing about this stamp is how well-preserved it is. Unlike other stamps that were produced in the 1800s, The Sicilian Error of Colour didn’t wear down. It features the side profile of a man printed in yellow. At present, there exist only two copies of this stamp.

This is another investment-worthy postal stamp. The world’s first adhesive stamps were used in May 1840. Those stamps were issued in the UK and feature Queen Victoria. In modern times, this stamp is known as Penny Black. It has got its name due to the black color of the stamp.

In the 1920s, Germany experienced hyperinflation that crippled its currency. During times of growing financial crisis, the government started printing more money to fix the situation. But this led to an increase in the price of products. By the early 1920s, people lost hope in the German government. The situation got so bad that postage stamps of 1 trillion were also not enough to write a letter. Due to the historical value of the German Inflation stamps, they are worth investing in.

Collecting stamps is a hobby for many. If you want to add to your collection, look into these stamps. Despite the high prices of rare stamps, a true collector will always find a way to get them in their possession.

Cold Wallet: An Innovative Way To Protect Bitcoin From Hackers

Learn to Crochet: A Step by Step Guide for Beginners

How to Choose the Right Kayak for Your Next Fishing Trip

Look after your virtual pet in the best...

Arbitrage: How To Make Money From Price Differences

Why Cloud Computing Training Is Essential for Businesses