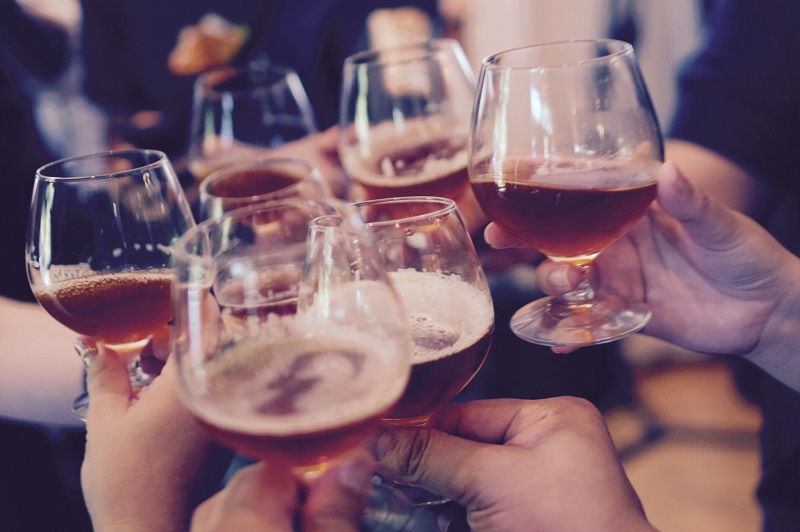 With the holidays approaching, many people are making arrangements to see friends that they haven’t seen in a while. Whether you’re meeting up for a New Year’s event or you’re getting together with high school friends in your hometown for a Christmas gathering, you’re ready to have some fun.

If you plan on drinking alcohol, it’s important that you keep basic social drinking etiquette in mind if you don’t want to offend anyone and ruin the night. We’re here to talk about a few basic rules that you should follow. Read on to learn more.

The most important social drinking etiquette “rule” is to know your limits. This is particularly hard for people who aren’t used to drinking or young people who are still in “party mode” regardless of the social situation.

If you’re not sure how much you “can” drink, drink less than you assume. A single drink or two is appropriate for most social situations. Even if other people are drinking more, that’s because they know their own bodies (or they’re acting inappropriately).

When people drink too much, they’re usually not on their best behavior. Not every social function is an excuse to get drunk. When you keep your wits about you, you’ll be more fun to be around for other non-drunk people.

Knowing your limits also prevents you from making serious mistakes. Too much alcohol consumption can result in drunk driving, risk-taking behavior, and even alcohol poisoning. There’s no worse way to leave a party or bar than in an ambulance.

Drinking rules and etiquette will vary depending on the location and event. You won’t follow the same “rules” at a fine dining establishment as you would at your favorite local dive bar.

Always keep your environment in mind while you’re out drinking. Read the room and follow the guidance of other people around you if you’re not sure.

At a dive bar, the rules are fairly lax. At a cocktail bar, you might be expected to follow a dress code or behavior etiquette. When in doubt, call the bar ahead of time so you know what to expect.

Know What to Eat

Have you ever gotten a drink that has something aside from various types of liquor or beer inside the glass? Some of it is likely edible, but should you eat it?

Most of the time, the only things that you should leave in the glass are inedible objects such as toothpicks, straws, or decorative drink umbrellas. If the drink has ice, you should leave that as well.

That’s right, you’re not supposed to chew your ice when you’re in polite company. If you must do it, be subtle. Most people won’t mind (especially when you’re out with friends).

If there’s a cherry, an olive, or another edible drink garnish, you should eat it. It’s not offensive to leave it in the glass, but the bartender put it in your drink for a reason.

Unless you’re at a college party or a very lax brewery, it’s generally in bad taste to chug your drink.

When it comes to beer, chugging affordable beers is often appropriate in relaxed situations. Craft beers, however, are different. You should aim to savor them.

You should never chug liquor when you’re out at the bar. Even low-alcohol liqueurs, like those from 2XL Swagger, aren’t appropriate for chugging. You’ll give yourself a stomachache and you’ll introduce too much alcohol into your system far too quickly.

Be Polite to The Bartender

The number 1 person in the alcohol industry that you should be polite to when you’re out drinking is your bartender. They’re working hard to provide you with a service, so don’t get belligerent.

Try to know what you want before you reach the bar so you don’t hold up the line. If you’re unsure, ask your bartender about what they’d recommend. In nice cocktail bars, many bartenders will make suggestions based on the types of alcohol that you prefer.

Say please and thank you and only strike up a conversation if the bartender isn’t busy. While many bartenders love talking to customers, bartenders with a long line of people to serve may feel stressed out.

If you’re in an area where tipping is customary, be sure to tip. It’s often appropriate to tip a dollar per drink, though this varies depending on the cost of the drink.

While you’re out socializing with friends, don’t rush your drinking. Even if you only have a limited amount of time to spend on your outing, you want to make sure that you’re drinking casually instead of trying to race the other bar patrons.

There’s nothing wrong with taking the occasional shot, but when it comes to wine, cocktails, or beer, you should sip your drink instead. This allows you to spend more time talking with your friends. Remember: the drink isn’t the reason that you’re out.

People avoid drinking in bars for a variety of reasons. The person may be pregnant, they may not be feeling well, they could be recovering from alcoholism, or they might even be the designated driver for the night.

Regardless of their reasoning, it’s not something that you need to know. Don’t order alcoholic beverages for them and don’t try to pressure them into drinking (even if you’re joking).

Next time you’re out with friends, make sure that you’re using good social drinking etiquette. You can have a great time while you’re being polite and respectful to the people around you. Your friends and the bar staff will thank you for it.

For more helpful articles about the top trending topics, visit the rest of our site.

Vaping for Beginners: 5 Tips to Keep In Mind

How Many Types of Skillets Are There?

Accessories Every Wine Lover Should Own

How Do Wireless Chargers Actually Work in Practice?

What Are Employee Rights? An In-Depth Guide

This Is How to Drink More Water Every...