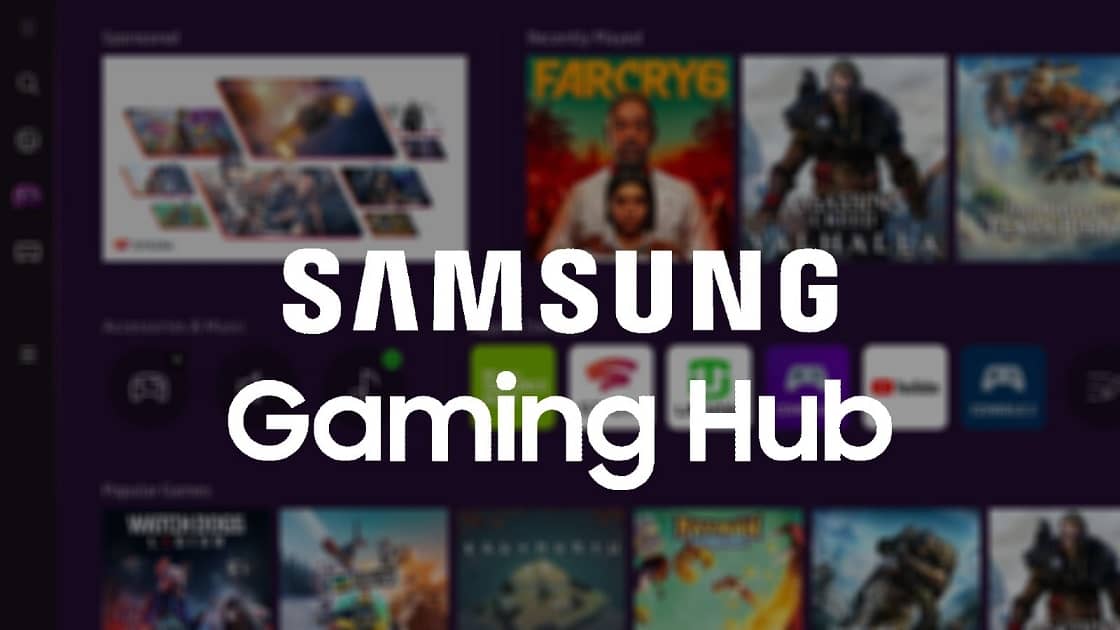 Television manufacturers have never done justice to gaming. But things have started to change with the rise of smart TVs.

The South Korean tech giant Samsung has integrated many new gaming apps and features into its smart TVs in the past. In 2022, it is once again set to bring a new change.

Samsung has announced the arrival of the Samsung gaming hub, which is an all-in-one platform that gives you quick access to your favourite game consoles and streaming apps.

What exactly Samsung gaming hub is?

Samsung gaming hub is set to launch later in 2022. It is a one-of-a-kind game streaming discovery platform which will support GeForce Now, Utomik, and Stadia upon release.

It is developed to cover the gap between software and hardware to build an easy way to discover and play games. It will be a one-stop solution for all your game needs on a Samsung smart TV. It will give you easy and quick access to game consoles and streaming apps.

All you have to do is connect a controller and it will give you access to libraries full of apps and games. Not just that, but it will also allow you to view your favourite gaming content creators.

Samsung gaming hub uses “AI gaming tech” to create curated recommendations based on your gaming preferences and habits. As of now, it is not revealed how it works.

What streaming apps are accessible on the Samsung gaming hub?

Samsung gaming hub is not yet launched. As of now, it has very few apps that are being confirmed. However, the tech giant is working to bring more streaming apps to its gaming platform.

Samsung gaming hub doesn’t have Xbox Game Pass yet, which is a big drawback. Because Samsung and Microsoft have worked closely in the past, there are chances that they will once again come together for the mentioned project.

On the other hand, Samsung’s support for PlayStation ended in 2017 and therefore, PlayStation is not available in the Samsung gaming hub.

The apps that are confirmed to be available on the Samsung gaming hub are:

It should be noted that the Samsung gaming hub will be available in select TV models.

The launch of the Samsung gaming hub has the potential to change the whole gaming experience on a smart TV. It is set to arrive later in 2022.

How to Train Your Brain On Analytical Thinking?

A List of the Largest Lottery Jackpots Ever Won in the U.S.

A Fabulously Easy Guide on How to Become a Drag Queen

Hire Cutlery which Represents Your Class

Olive Egger Chickens: Everything You Need To Know