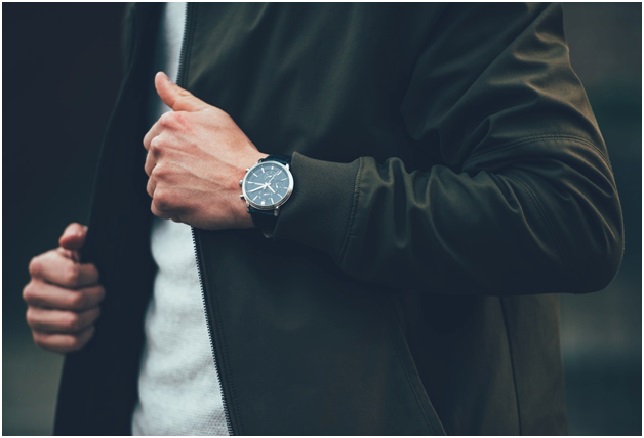 Swiss watch manufacturers are widely regarded as the finest watchmakers in the entire world. They don’t quite dominate the market in the same way they used to financially. But they’re still viewed as the finest timepieces available in the eyes of most.

But how did the Swiss come to be known as the makers of the best wristwatches in the world?

We’re going to outline the Swiss movement in the watch industry, to track just how this aspect of the watch economy came to be so respected.

When Did the Swiss Start to Become Renowned Watchmakers?

Contrary to popular belief, the Swiss weren’t actually the first nation of people to create watches. That honor in fact belongs to Germany.

A man by the name of Peter Henlein, who lived in Nuremberg, actually invented the wristwatch as we know it today.

The Swiss didn’t make their own watches until around the turn of the 16th century. It’s currently estimated that the Swiss began making watches somewhere between 1509 and 1530. However, records differ as to the exact year.

Peter Henlein’s watch is the first-ever pocket-sized watch and was built in 1530. So, though the Swiss aren’t confirmed to be the first, they did begin creating watches almost as soon as they had been invented.

But the Swiss watch didn’t begin life as the blueprint by which all watchmakers followed. In fact, the Swiss watch industry continued on a reasonably modest trajectory for a few hundred years after this date.

In fact, by the 18th century, a full two hundred years after watches were first invented, a different nation was regarded as the finest watchmakers. Watches that were made in Britain around the 18th century were considered the finest in the entire world.

This was thanks in part to several notable inventions in Britain during this period. This included Robert Hooke’s tooth-cutting machine. This device would ensure the British could produce watches at a faster rate.

But it’s around the end of the 18th century that the Swiss really kick their watchmaking into gear.

Around 1790, the Swiss could boast their own inventions that could speed up the process of watchmaking.

A Swiss goldsmith by the name of Daniel Jeanrichard applied the division of labor to watchmaking. He resided up in the Jura mountains, and with this managerial style was able to produce around 60,000 watches for export by 1790.

Around this time, laborers in the Swiss mountains had begun to produce watch parts to sell to larger manufacturers in their area. This labor movement was spurred on by another invention, this time originating in France.

The Lépine caliber allowed for the streamlining of smaller pocket-size watch manufacturing. But this invention ended up benefitting Switzerland more than it did the watchmaking industry in France.

Where the British and French industries went smaller, with only a small number of watchmakers in each country, the Swiss expanded. Switzerland utilized these inventions to transform its manufacturing processes. They could then turn watchmaking into a major economic force for the whole country.

This was thanks in part to the fact that Switzerland at this time was decentralized. Places like England and France would center operations around significant cities, like London or Paris.

This approach would come to be known as établissage.

Switzerland’s Établissage and the Dissection of Watches

Laborers in the Swiss mountains would all make small parts to sell to manufacturers. This meant that all Swiss watches would involve parts created by different people.

Some of the cogs got crafted in one village, whilst the spokes found themselves made several miles away. This is why Swiss watches are so genius in their design.

Because each individual part of their watches is handcrafted, and meticulously connected to the others. It’s similar to the way in which other luxury products are created today, like luxury cars.

It wasn’t until the late 19th century that the Swiss combined this approach, and their productivity, with a high-quality finish.

Brands of Swiss watches would begin to emerge that are now world-renowned for their quality. Rolex, perhaps the most famous, would establish itself at the turn of the 20th century.

Others, such as Audemars Piguet, would begin making watches at the end of the 19th century. They were founded in 1875, and remain one of the premier Swiss watch brands available worldwide in 2021.

The Tissot watch brand existed even before this, establishing itself way back in 1853. Many of the brands that formed in the 19th and 20th centuries would continue their brand of excellence into the 21st century.

How Did Switzerland Dominate Watchmaking?

The Swiss managed to dominate watchmaking thanks in part to this idea of assembling watches from various components. They combined this with an approach that valued the idea of manufacturing.

The Swiss were very serious about making watchmaking a reputable venture. They wanted to make it an enterprise that firms could rely on long into the future. By continuing to value their workforce and the various artisans in each field, they could rely on making superior products.

Over time, as these brands grew in renown, they moved away from mid-market watches. Instead, they began working towards more bespoke, luxury products.

This is why today brands like Rolex, Tissot, and Audemars Piguet are the very best. The trend of digital watches may have displaced the watch economy, but Swiss watches will likely always be deemed the finest in the world.

Where Can I Find Out More About Watchmaking?

You should now have a better grasp of the history of the Swiss watch. It’s a fascinating legacy, that shows just how important management and pulling together can be for an entire industry.

If you’re interested in reading more about watches or a variety of other topics, then please ensure you take a look through some of the previous posts on our website.

What Are the Main Benefits of Having Kids?

Cut It Out: 7 Foods That Slow Metabolism

3 Beautiful Benefits of Buying Jewelry for Yourself

6 Common Coupon Mistakes and How to Avoid Them

The easiest method to Get The Mobile Apps Through Expert Help

4 Things to Know About Firearm Ownership Before...

Welcome To The International School Of Singapore

How to Choose the Best Plastic Surgeon for...