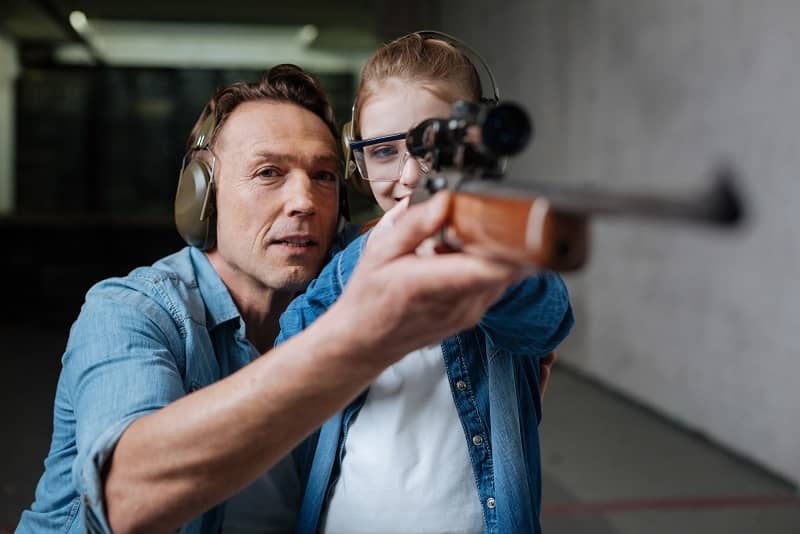 There’s no reason owning a gun can’t be safe. Despite the inherent danger of a device designed to accurately expel metal slugs at hundreds of miles per hour, they’re also a lot of fun.

Thankfully, they’re also predictable, and when used correctly with the proper respect for gun safety rules the danger is easily mitigated.

If you’re looking to brush up on your gun safety or learn how not to shoot yourself in the foot, you’ve come to the right place. Let’s explore a couple of simple rules to ensure nobody gets hurt!

The minutiae of gun safety are something of a rabbit hole. There are a great many people who feel very strongly about their hobby of owning and shooting guns. These people are staunch advocates of the proper use and safety of all firearms, without exception.

This means there’s no shortage of information regarding what exactly the rules are. Strong opinions often differ, so we’re going to stick to the basics that everyone can agree on. Foundational rules are foundational for a reason, so let’s give them a look over.

A gun is a weapon regardless of how it’s used and should be treated with the respect and fear that it deserves. Anything capable of blowing a hole through your body ought to make you think twice before leaving it on the kitchen table.

After using a gun, always make sure it’s stored safely away under lock and key. Simply putting it on the top shelf out of arm’s reach isn’t any kind of barrier to an aspiring child thief who’s enamored with the thought of getting their hands on your rifle.

Remember climbing onto the kitchen counter to rummage through the cupboards for something sweet? Imagine if you’d found a gun. Doesn’t take a genius to see where that scenario ends.

Treat every gun you see as if it’s fully loaded, has no safety, and has a hair-trigger. Being careful, although it may seem obvious, counts for a lot when it comes to gun safety. Imagine your friend’s pistol you’re about to take to shooting practice is some kind of venomous snake.

It might be pretty in the right light, maybe even beautiful, but make no mistake it will bite you if you let it. If it does, it will be no fault but your own. Imagine the embarrassment of shooting yourself, let alone the physical pain and disfigurement it will cause.

You know what a gun does and how it operates. Never under any circumstances, loaded or unloaded, point the barrel of your gun at someone. This may seem obvious, but people shoot each other all the time by mistake.

Adherence to this one simple rule allays a lot of the danger. If you never point the gun at someone, they can never be shot. Simple.

For higher caliber guns you may want to protect yourself, but not from being shot. A day at the range firing a beefy weapon will take its toll on your shoulder, so it’s a good idea to invest in a recoil pad. Check out these best recoil pads if that sounds like it could be you!

Common sense goes a long way, but people who think they have sufficient common sense to own and operate a gun often end up shooting themselves or someone else. It sounds crazy, but it happens all the time.

Stick to these simple, easy-to-remember rules and you’ll avoid disaster. Still, it’s worth keeping an eye out for other people, too. You might respect the importance of gun safety rules, but that doesn’t mean your neighbor at the range does.

If you found this article helpful and feel more confident in your ability not to shoot someone, why not have a gander at the rest of the blog? You might learn something else!

How to Buy a Residential Home in Canada

11 Expert Tips to Be Successful in Life

Rainy Day Activity Ideas That Are Fun for Families with Teens

What to Do If You’re Facing a Wrongful Conviction

How to Choose Child Care Centers: Everything You...

What to Expect After Divorce: Life and the...

The Undeniable Benefits of Installing a Pond on...