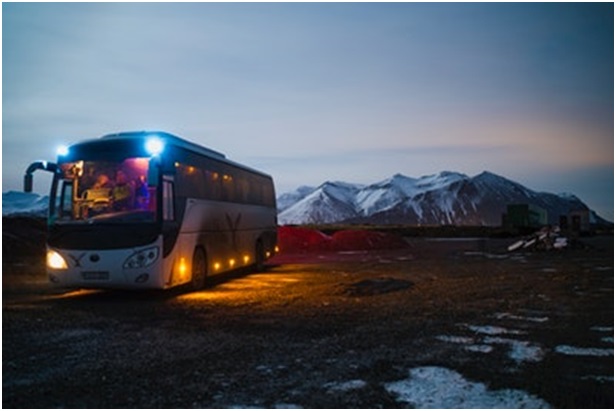 If you’re thinking of changing jobs, you’re not alone. That’s because 53% of Americans quit their jobs last year to find opportunities that were more fulfilling — and better paying. For a more exciting change of pace that pays the bills, consider getting behind the wheel as a commercial bus driver.

You’ll meet lots of people and learn new routes. But how many hours can a commercial bus driver drive? Read on to find out!

What Is a Commercial Driver?

First, it’s helpful to understand what a commercial driver does. A commercial bus driver will transport a vehicle full of people to and from a destination.

Especially as a commercial bus driver, you’ll need to be able to operate more complex driving equipment. This can include an intercom system as well as GPS. Plus you’ll need to make tight turns while being a pleasant presence on the bus.

You’ll also have to pass a physical exam to ensure that you’re healthy. After all, you’ll be sitting for long periods and need to have good vision.

To understand how many hours a driver can drive, you’ll need to know there are different limits. For example, it’s important to distinguish between the on-duty time limit and the driving time limit. Though the phrases sound similar, they are different — and the time limits are different, too.

No commercial driver guide is complete without mentioning the on-duty time limit for drivers. This refers to the number of consecutive hours that a driver can be completing work for their company, including driving. The limit is 15 hours.

What can happen during the on-duty time? Aside from driving, a driver might unload a motorcoach or wash it. A driver also can gas it up, inspect it, or engage in training modules related to driving.

Following the 15 hours of on-duty time, a driver must take 8 consecutive hours off before being allowed to drive the vehicle again. While it is possible to do other work, such as cleaning the vehicle, driving is forbidden.

The actual driving time limit is lower. A commercial driver is not legally allowed to drive more than 10 hours at a time. Following the 10 hours, a driver must take 8 consecutive hours off before getting behind the wheel again.

These policies help to encourage drivers to commit to an 8-hour break rather than overworking. Anything beyond the imposed limits could jeopardize the driver’s ability to drive safely. And by extension, prolonged periods behind the wheel would endanger passengers and other travelers.

There is an occasional exception to the driving time limit. Imagine that an 8-hour drive ends up taking 9 hours due to inclement weather.

If snowy roads slow down your trip, you’re allowed to take an additional 2 hours to drive. But you can’t try to use this rule if your drive is taking longer due to rush hour traffic that always happens.

Be Aware of the Floating Week Restrictions

Beyond the 10-hour driving limit, there also is a limit that’s assigned to the floating week. Think of a floating or rolling week as 7 or 8 days in length. In other words, if your employer assigns you a weekly rotation, they’ll need to pay attention to just how many hours they’re assigning.

For instance, suppose you’ve been part of vehicle prep and driving that amounts to 70 hours in one 8-day period. When you hit the 70-hour mark, that means you’ll need to avoid driving during the subsequent 8-day period. You can plan on prepping vehicles and doing other work at the company — just not driving.

Plan on reducing your hours during that subsequent week so they don’t hit 70. For instance, you could aim for 67 hours to be safe. Once you’ve done that, you can resume driving as part of your duties during the following week.

Another variation on this approach happens when you hit 60 hours over 7 days. In a similar vein, you’ll need to avoid driving during the subsequent week until you’ve backed down the hours. The logic is that by doing so, you’ll be less likely to develop commercial driver fatigue.

When it comes to commercial driver tips, a big one is to look at the on-duty and driving limits as advantageous. Even if you’re hoping to log lots of hours and earn lots of money, your body needs rest. So, plan on using your off-duty time for that very reason.

You’ll need to leave the company and use your time for activities unrelated to company goals. Since driving is a very sedentary activity, you’d be smart to go for a brisk walk or workout in another way.

Sit outside and read a book or watch a movie. Plan on socializing with friends and family, too, to give your head a break. As long as you’re making the choices about how you spend your time, you’re good to go — with one notable exception.

What are you not allowed to do? You can’t drive for another motor carrier company and consider it off-duty time.

How Many Hours Can a Commerical Bus Driver Drive?

Are you still wondering, “How many hours can a commercial bus driver drive?” Legal limits require that drivers take 8-hour breaks after logging long periods behind the wheel or at work. But once a commercial driver is rested after some off-duty time, they can hop back into action.

Find more tips to jumpstart your career. Check back soon for new articles!

How to Become a Real Estate Investor: A Basic Guide

Exotic Boutique Hotels, Your Ideal Getaway For Your Next Staycation