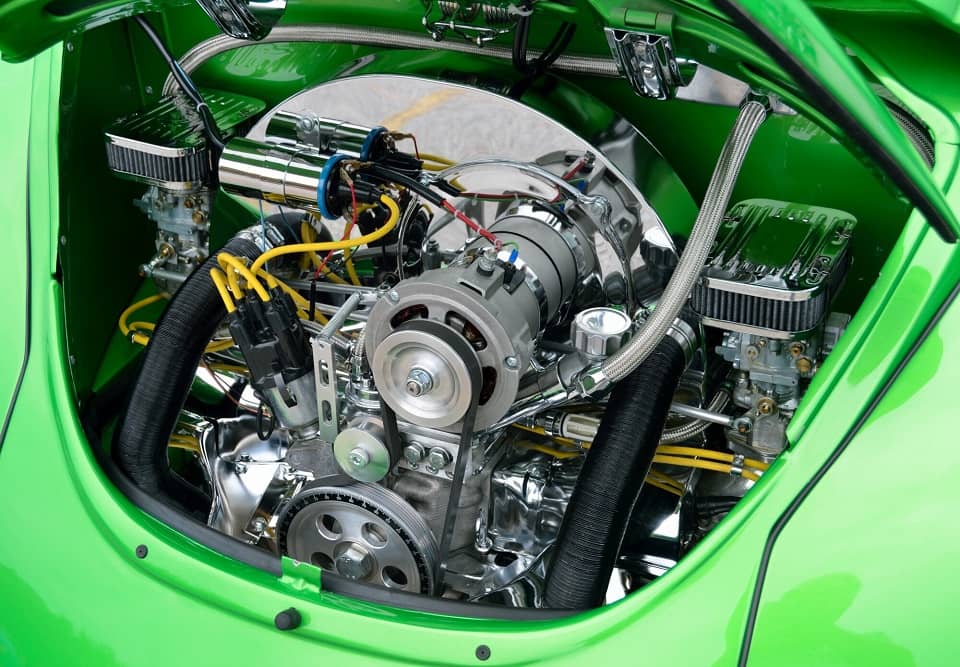 When you own a car, do you play a never-ending game of upgrade or repair? It seems like, at any given moment, something on your car is either about to stop working, or it needs an upgrade.

If you go to a mechanic, they seem to have it all figured out. However, if you take a look under the hood, you might as well be looking at ancient runes. You have no idea what they’re going on about!

Luckily, you’ve come to the right place. In this article, we’re going to break down the differences between fuel injectors vs carburetor. Hopefully, this will help you support your mechanical beast.

Overview of Fuel Injectors vs Carburetor

Carburetors and fuel injectors are two different types of fuel delivery systems used in vehicles. Here is the overview of the two fuel systems:

What are Fuel Injectors?

It allows for more efficient energy and air burning, improving engine performance. The fuel injector is preferred over a carburetor. It provides more precise control over the air-fuel mixture and, ultimately, better performance.

Carburetors are components of the fuel system in an internal combustion engine. With a carburetor, the air and fuel mixture is created within a closed system. It’s adjustable but not fuel-efficient or emissions-friendly.

The main differences between fuel injectors vs carburetor are that injectors use pressurized fuel, while carburetors use atmospheric pressure. Injectors are more accurate and efficient at metering fuel and provide a more uniform mixture for the engine to combust.

Carburetors can indirectly provide energy through the venturi effect. Carburetor tips have several drawbacks. They usually have a single jet.

It makes them most suitable for vehicles using standard fuel. They are also not ideal for cars with high-powered engines exposed to extreme temperature changes.

Fuel injectors are suitable for vehicles that need higher power output and greater efficiency and for use in all types of weather. In summary, fuel injectors and carburetors provide a way for fuel to enter internal combustion engines.

Fuel injectors need less maintenance, as they can be computer-controlled and monitored more easily. Due to their precise control of fuel delivery, fuel injectors can provide better throttle response. You can also learn more about the replace fuel injectors cost just in case you need a replacement in the future.

It also allows for improved performance. All these advantages make fuel injectors an excellent choice. It is for those looking for increased vehicle performance.

Fuel injectors have their drawbacks as well. One con is that they are more expensive to repair and maintain than carburetors.

It is making installing and repairing them challenging. Fuel injector guide are sensitive to dirt and debris and need specific cleaning methods to avoid contamination. As such, fuel injectors tend to require more regular maintenance than carburetors.

Carburetors are an older form of fuel delivery system which had been in use by many automakers for many years. Some advantages of the carburetor guide include reduced costs, simple designs, and easy maintenance.

Carburetors require less maintenance than fuel injectors. Thus, there are fewer moving parts. It makes them a more practical choice for people not interested in regularly checking and servicing their vehicles.

Carburetors mix fuel and air to create an explosive mixture that is then burned in the engine cylinders. Yet, carburetors are also known for delivering a poorer air-fuel mixing ratio and shorter lifespan. It results in the engine ‘knocking’ where the combustion explosions happen too early or late in the piston travel.

The environmental impact of fuel injectors versus carburetors is vast. Fuel injectors work by atomizing fuel to be more efficiently burned in the engine, resulting in fewer emissions.

With fuel injectors, emissions are about 70-90% cleaner than those produced by a carburetor. Fuel injectors offer more precise control of fuel. They can also allow for better power efficiency and performance, thus reducing fuel consumption.

Fuel injectors reduce the pollutants released into the atmosphere. They do not require an air-intake system or a fuel tank. All these features result in fuel injectors having a much lower environmental impact than carburetors.

Maintenance of Fuel Injectors vs Carburetors

Maintenance of fuel injectors is relatively straightforward. Inspecting fuel filters and fuel lines regularly is all that is typically required.

A carburetor requires more frequent tuning. It also requires the replacement and change of jets, and the occasional overhaul. Fuel injectors don’t have the same tendency to build up deposits caused by old fuel.

It is making them better for long-term upkeep and performance. Due to their comparatively more straightforward makeup, fuel injectors generally require less maintenance than a carburetor.

Learn the Difference Between Fuel Injectors vs Carburetor Today

Fuel injectors vs carburetor have distinct differences in performance and general use. Fuel injections allow engines to run cleaner and in various conditions.

Carburetors provide a simple, cost-effective, and often more reliable alternative. If you are looking for a fuel delivery system for your vehicle, determine which one best suits your needs. Learn more about the pros and cons of both systems today.

Did you find this article helpful? If so, check the rest of our site.

Kayaking Near Me: The Health Benefits of Kayaking

How to Shop for Cars Online: Everything You Need to Know

How to Pick the Best Hybrid Bike

What Are the Shipping Benefits of Freight Consolidation?

6 Benefits of Video Marketing for Your Business

Console Table Styling Tips: How to Create the...

Top Ways to Get the Best Out of...