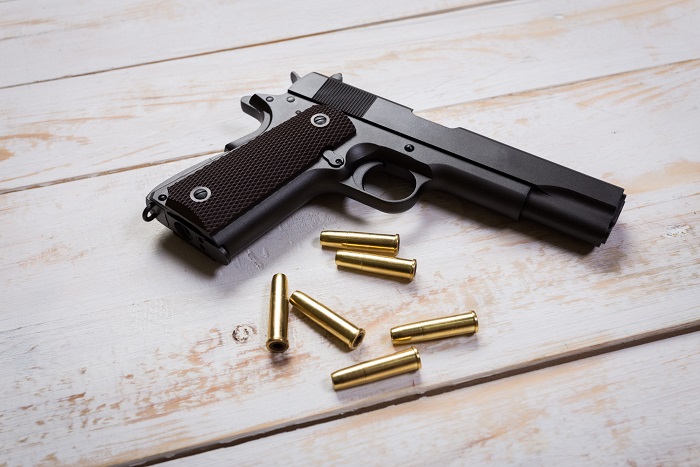 In the late 1970s, as many as 51% of American households had at least one gun in the home. Today, 40% of American adults either own a gun or live with someone who owns a gun.

Gun ownership is extremely important to Americans, despite the growing controversy around guns and firearms laws. With 120 firearms for every 100 Americans, no other country in the world comes close to the firearm ownership rates in American.

Are you a satisfied gun owner, or an aspiring first-time owner, looking for some guns in the USA facts? There’s a lot to learn about why people own firearms, how people use them, how much they spend on them, and how the government regulates them.

Keep reading below to discover some important facts about guns in the USA.

Main Reasons to Own a Gun

Lots of people have guns for the sake of having guns. They grew up with them in the house, so they are normal to have around.

But according to gun facts in the USA, most gun owners have a specific reason for buying and storing guns at home.

The most common reason? Personal and household protection. Most firearm owners buy guns in order to protect themselves and their homes from invasion.

Many people take this a step further by acquiring their CPL (concealed pistol license). This allows licensed individuals to carry a handgun on their person, in a concealed manner.

Protection isn’t the only reason to own guns though. About 15 million Americans hunt every year. And most of them do so with a gun, as opposed to a bow. Hunting allows individuals to spend time in the outdoors, acquire natural, healthy meat for their dinner tables, and support conservation.

Hunting requires the purchase of an annual license in each state you plan to hunt. In order to take larger animals, such as deer or elk, additional hunting tags must be purchased.

Funds generated from license and tag sales support conservation and land management across the US, to protect the land these animals live on. Also, there is a tax charged to buyers on all firearm and ammunition purchases. This tax also goes into conversation efforts.

Collectively, hunters contribute more than a billion dollars to conservation efforts around the country, more than any other group or sport contributes.

Along with hunting, many gun owners use their firearms for target shooting and competition shooting.

One of the more interesting, and less understood segments regarding gun culture in the USA facts is the number of preppers. The prepper movement, or survivalist movement, is the idea that a major disaster is looming just around the corner.

At any moment, the economy can shut down, borders can close, and anarchy can reign. In response, preppers stockpile things like food, supplies, generators, water, and of course, guns and ammunition.

While being prepared for a disaster is a wise move, preppers often take it to the extreme and buy as much ammo as they can get.

There are many types of guns available for purchase at your local sporting goods store or gun dealer. Pistols are the most manufactured and the most common across the nation.

These are purchased primarily for self-defense, either to stay at home in a safe or to carry with a CPL. The Glock G9, a 9mm, is very popular, as are Ruger pistols and Smith and Wesson pistols.

Rifles are almost as common as pistols. Rifles can be either semi-automatic, fully automatic, or bolt-action. Centerfire bolt-action rifles are primarily used for hunting.

Far fewer shotguns are manufactured each year, but these come in many different styles as well, from semi-auto to pump action. Shotguns are purchased for home defense as well as hunting for turkeys, upland birds, and small game.

Facts About Gun Laws in the USA

There are many laws regarding guns in the US. And they vary from state to state.

Guns can almost never be carried openly in the public. To transport them requires them to be cased and stored away from the driver.

While there aren’t laws regarding at-home storage, guns should always be in a locked safe, or well-hidden. Gun safes and trigger locks protect inexperienced shooters from accidents as well as theft.

What about gun control in the USA facts? Many lobbying groups are pushing for tighter regulations. This would limit who can purchase a firearm, and make it a bit more difficult for new purchases to be made.

This includes things like universal background checks. And it also would limit the types of components one could buy, since building firearms from scratch is quite easy to do.

Most firearm owners are responsible, law-abiding citizens and would have no issues with stricter firearm ownership laws. After all, most crime is committed with stolen or unregistered firearms.

One of the biggest issues the firearms industry has ever faced is the year 2020. The global pandemic, coupled with a turbulent election season, saw every possible ammunition fly off the shelf, and stay off the shelf.

With manufacturers falling behind due to closures, along with material shortages from global backups at manufacturing plants, ammo has become very hard to find.

18 months after the pandemic shut down the US for the first time, ammo is still difficult to find. Retailers never know what is going to arrive and when. And when it does end up on the shelf, it’s usually gone within a few hours.

In order to ensure you get the ammo you need, to either stock at home for safekeeping, or to use for the upcoming hunting season, you need to visit local retailers multiple times per week. You may eventually get lucky and stumble across a few boxes of your favorite caliber.

Purchase restrictions have been in place for many months, limiting the number of boxes an individual can purchase. And while I’d hate to propagate further shortages, the only way to ensure you have ammo when you need it is to buy it any time you see it.

Does ammunition expire? As long you store the ammo properly, away from heat, light, and moisture, it can last a long time. Invest in a sealed ammunition box if you plan to store ammo for long periods of time.

Guns in the USA Facts

There are tons of guns in the USA facts that all gun owners and non-gun owners should know. There is also plenty of fiction surrounding gun ownership in the US, so know your sources.

Guns are important to our society which is why protection was put in place at the very foundation of our country to ensure we can buy, carry, and use them in a responsible manner.

Looking for more information like this? Visit our blog now to keep reading.

How to Start a Stamp Collection

Protect Your Eyes With A Pair Of Blue Blocker Transition Glasses

Why Kids Should Learn to Play an Instrument

Cognizance over the benefits of replacement of sewer...