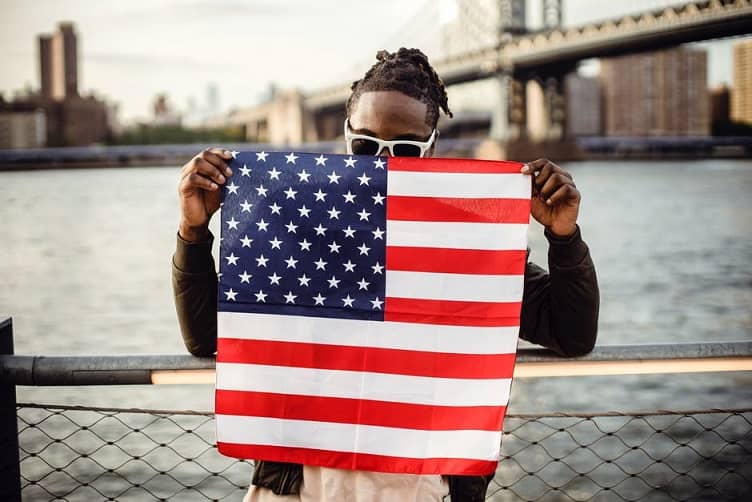 Did you know that nearly 40% of people in the United States don’t know what rights are protected under the first amendment?

The first amendment was the start of the rights for American citizens and although it is taught in school many people forget what each of them is for.

If you need to refresh yourself on the 10 amendments, it is a good idea to get an understanding of each.

Continue reading to discover the 10 amendments of citizen rights so that you can better understand your freedoms!

The first amendment for American citizen rights is the most important because it is the reason we broke free from the crown and began a new country.

This amendment states that people have freedom of speech, freedom to assemble, and freedom to petition the Government. Another component of this amendment is that it gives everyone the freedom to choose whatever religion they want to practice.

People practice their rights every day with this amendment by attending church, watching the news, and posting on social media.

The second amendment is a popular one because it gives the right for American citizens to bear arms.

This means that Americans can legally purchase and obtain guns as a part of the security of a free state and to protect their family.

You can show your support by getting a 2nd amendment flag to hang outside of your home. Many people do this if they are supporters of gun rights and want to continue freedoms for having them. Although this has been a controversial topic, many people own and support people owning guns.

The best way to handle situations with this amendment is to try and sell to people of stable minds and health. They should also teach kids about the dangers of them.

The third amendment isn’t as relevant as it once has been in the United States, but it is still very important.

This amendment prevents militia from entering into people’s homes and taking over during war or peacetime. The third amendment came about when the British army was entering people’s homes without their consent.

It is still important to have this amendment in case the United States were to go to war or another issue arise.

If you appreciate having the right to live safely in your home and the safety from searches, you can thank the fourth amendment.

The fourth amendment gives people the right against searches through their homes, property, or documents. For a search and seizure to happen, someone must obtain a warrant from a judge giving permission.

This amendment is also important if you don’t want the police pulling you over and searching your car for no reason. Having these limitations in the amendment ensures that everyone gets protected.

Have you ever heard the saying, “I plead the fifth?”

The fifth amendment gives people the right to withhold incriminating information about themselves. In simple terms, when you exercise this right, you are exercising the right to remain silent. This is often seen during legal hearings and when people get arrested.

With this amendment, you don’t have to answer any questions or provide details if you don’t want to. You can use this amendment until you speak with a lawyer to protect yourself.

A problem in the past was that people would get arrested and they would be put on trial until months or years later.

The sixth amendment prevents that from happening. It is every American citizen’s right to have a public trial that won’t get delayed. They will also have access to a lawyer and unbiased jury to help decide their case. The sixth amendment has helped innocent people get out of serving jail time and being framed.

This amendment is so important because it helps make sure that the jurors and judge are unbiased and have to make a decision based on the evidence. Although there are flaws with the legal process, this amendment has helped many people.

The seventh amendment is closely related to the sixth because it has to do with the right to a jury trial.

Having a jury in court is essential, otherwise, biased decisions could get made and not fully thought through. The seventh amendment prevents the jury’s findings for the case to get overturned and they get considered to be fact.

In the past, hangings, jail for life, and other harmful punishments were given to people.

The eighth amendment prevents people from having their bail set too high or from cruel and unusual punishment. The government isn’t allowed to inflict harsh pain and unjust consequences for any reason.

People of the United States are protected under this law at all times, but it is especially important if you serve time in jail or go to court.

The Bill of Rights included the ninth amendment so that people could not take anyone’s right away.

Amendment rights are not allowed to be denied or construed. Some of these rights include the Roe vs. Wade legalization, the right to vote, and the right to privacy. This amendment has become a topic of conversation over recent years because of states trying to overturn the Roe vs. Wade decision.

Another reason that the ninth amendment has been so popular lately is that people are voting in elections through mail ballots. Mail ballots give people more flexibility and it is easier to vote, which everyone has the right to.

When rights and laws aren’t mentioned in the Bill of Rights, it is up to the state to decide which ones to keep.

The tenth amendment states that the American people have the right to create their rights and laws if they gain enough following. There is still a formal process to create specific laws for a state, but this is commonly seen.

For example, some southern states have decided to make it a law to purchase liquor on Sundays.

Do You Know Your Citizen Rights?

Knowing your citizen rights can help you get through life and stay clear of any trouble.

Whether you want to practice your own religion, own a gun, or have the right to vote, you need to thank the constitution. The Bill of Rights was created to give people the right to be happy and make their own decisions.

If you come into legal trouble or feel like your rights are being impeded on, you should look more into what you are protected under.

Be sure to check out our blog for more articles about being an American citizen and how to live a happy life!

Producing Custom Company Swag: What You Need to Know

5 Incredible Benefits of Professional Website Design for Your Company

How to Prepare for Your Inmate Visit: A Guide

The Significance of Mobile Notary Services

The 5 Most Common Situations That Require Notary Services

4 Great Ways to Increase the Profitability of a Hospitality Business

Retro Music Obsession: Why Are People in Love...

How to Pick the Best Hybrid Bike