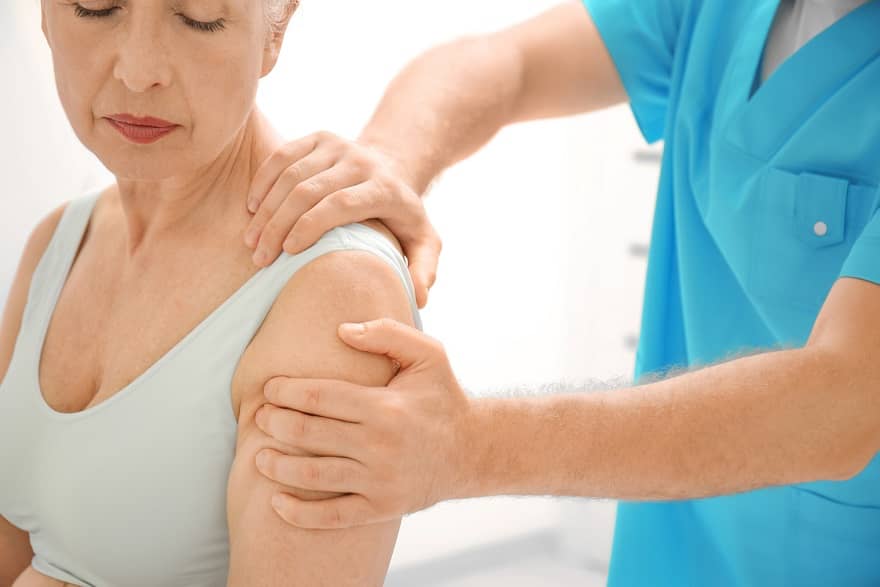 Did you know that an estimated 200 million people suffer from osteoporosis?

This disease causes the bones to become weak and brittle, sometimes so much so that even a fall can cause a fracture. Post-menopausal women face the highest risk of developing this disease, but it’s present in men and women of all races. Luckily, though, there are a lot of treatment options available, and we’re here to take you through some of them.

Read on to learn about seven of the most effective medications for osteoporosis.

This drug — also called Fosamax — is a weekly pill. It’s usually one of the first treatments that doctors will try in both men and women, and it can also be used to prevent osteoporosis. It belongs to a class of drugs called bisphosphonates, and it works to prevent bone breakdown and increase bone density.

It’s important to note that it may take up to three months before your bone density begins to increase.

Also called Boniva, this medicine also comes in pill form and is usually taken once a day. In some cases, your doctor may prescribe a 150-milligram tablet to be taken once a month. Like Alendronate, Ibandronate is usually one of the first medicines that doctors will try when a patient is diagnosed with osteoporosis.

With this tablet, it’s important to follow the instructions carefully. It has to be taken on an empty stomach, first thing in the morning. You should swallow it with a full glass of plain water (never anything else), and then you have to sit or stand upright for at least 60 minutes after.

You should also avoid taking other medications for at least 60 minutes after you take this one.

This medication belongs to a class of drugs called anabolic steroids, and it has multiple uses. It helps relieve pain for those with osteoporosis, but it’s also used to help patients regain the weight they’ve lost due to other medical conditions. Since it’s a steroid, it’s sometimes used in the world of bodybuilding, and you can find the full information on crazymass.com.

This medicine is usually taken two to four times a day or as directed by your doctor. You can also take it with food or milk if your stomach becomes upset. Oxandrolone is usually only used as a short-term medicine to help relieve pain, so it’s important to speak with your doctor about when might be the right to come off it.

This medicine is most commonly used by postmenopausal women, and it comes from a class of drugs called selective estrogen receptor modulators (SERMs). They’re made to act like estrogen in some parts of the body, but it blocks the effects in others.

This medicine comes in pill form, and it’s taken once a day either with or without food.

Teriparatide is naturally occurring in the body, and it works to regulate calcium. As a drug, it works to stimulate new bone formation rather than preventing the breakdown. Due to potential safety concerns, this drug is restricted to those with severe cases of osteoporosis, and it can’t be given for more than two years.

Once a patient is done with their course of teriparatide, they’re switched to another medication that can help maintain the bone density that was gained. It’s administered as a once-daily injection.

This medication is a bone-building one that’s given as a once-daily, self-administered injection for no more than two years at a time. It’s been shown to reduce the risk of both non-spine and spine fractures, and it too is usually followed with another medication to help maintain the bone that was gained during treatment.

It’s approved for use by postmenopausal women that are at high risk of fracture.

This medicine is approved as first-line therapy for treating bone loss. It’s commonly used when patients can’t tolerate other treatments, or when they’re not working well. Denosumab is also used to prevent osteoporosis in postmenopausal women, and it can be used to help those receiving treatment for breast cancer.

Denosumab is injected under the skin once every six months, usually by a doctor or nurse. It can also be used to reduce the chance of fractures with cancer that’s spread to the bones, and it’s usually injected every four weeks.

It can also be used by people with reduced kidney function, as the medication itself isn’t cleared from the body through the kidneys.

Will You Try Any of These Medications for Osteoporosis?

Do any of these treatments sound like they could work for you? Remember, it’s important to speak with your doctor before trying any of these medications for osteoporosis, as they’re going to be able to help the most with prescribing and administering the drug, as well as monitoring for any potential side effects.

For more on the latest in health and wellness, check out the rest of our website.

How Business VOIP Service Providers Can Help You

What Are the Shipping Benefits of Freight Consolidation?

5 of the Best Power Foods for the Brain

The Undeniable Health Benefits That Are Associated With Eating Peanuts

Preparing for the New CCNP and Everything Else...

Corporate Gifting and its Benefits to the Company

The Hidden Benefits of Sustainable Homes

5 Warning Signs of Cheating and How to Confirm It