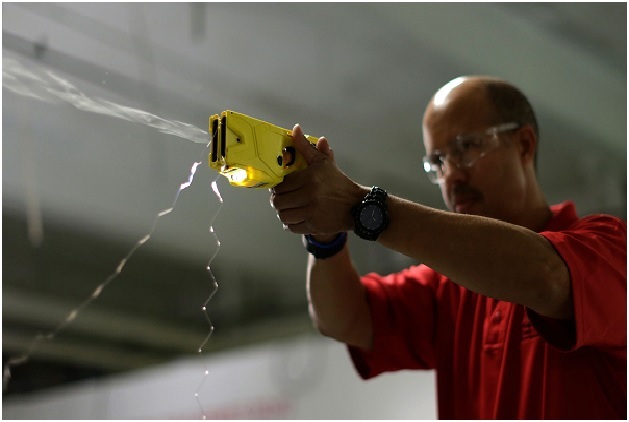 At a time when your life is at risk from attacks, self-defense is a priority. Now, there are various ways in which you can defend yourself such as a firearm, Tasers, pepper sprays, edged weapons and blunt objects. Among these methods, Tasers and firearm come out as the major efficient ways to incapacitate an attacker.

Now, the question is, between a Taser and a pistol, which is better? The reason why such a debate comes up is due to many accidental shootings that occur around the world. Thus the need to rethink your self-defense options. Find Taser for sale.

So here are some reasons why Tasers are better than pistols.

Many people will prefer a firearm since it seems like the safer and most effective defense weapon. But, not everyone is a skilled shooter. Using a pistol requires you to train on shooting and acquire the skills of firing a handgun. Thus, you can find yourself spending several hours in training. On the other hand, stun guns are easy to use. Tasers require less time in training.

When faced with an attack, your attacker can fail to be intimidated by a pistol when they sense your hesitation to pull the trigger. Pulling the trigger on Tasers is easy and will completely incapacitate your attacker giving you time to escape and seek help.

Not to mention, pistols require you to have ammo and you can easily run out of it when you are firing in defense and missing the target. With Tasers, you can use it as many times as long as it is recharged to a maximum capacity thus giving you maximum defense.

Training with a handgun in a shooting range, you may not really know what a gun firing sounds like. This is because, in practice, you will have ear protection. Now, when faced with a threat and you fire your pistol, the sound produced can cause you to lose focus – as you are not used to it. Once you lose focus, you might only graze your target or miss all the same. This might anger your attacker who could inflict bodily harm to you or cause death.

With Tasers, the only sound produced is that of the electric arc impacting on your attacker. It is not as loud as that of a gun and cannot make you lose focus. Thus you get to incapacitate your attacker.

Pistols inflict bodily harm and you face the risk of killing someone as you seek to protect yourself – which can be a huge deal. Also, you risk attracting other attackers due to the loud noise from the gun before help arrives. Not to mention, carrying a pistol can limit you from accessing public areas or certain buildings.

Now, Tasers only carry the risk of not working or you missing the target. But, they contain a backup direct contact Taser that is built-in to help you when you miss the target. With Tasers, you do not risk killing someone (intentionally or by mistake) or have limitations to access certain places.

Using a gun in real life is not like in the movies where it appears fun and easy. When faced with a sudden attack, you could easily miss your target due to the high-pressure situation. Even worse, your bullet might stray and hit a passer-by. Tasers are non-lethal weapons that do not cause any permanent damage. So, if you accidentally hit someone else you do not have to worry about their health or any legal charges for murder.

Unless you are a law enforcer, acquiring a handgun can put you through long and tedious legal regulations before you are allowed to possess one. Tasers have shorter regulations and can be acquired by regular civilians for self-defense reasons.

All in all, improve your personal security with the right defense weapon for you. Get a self-defense weapon that is easy to handle and use for maximum safety. In addition to protective weapons, you can acquire spy cameras in your home, office or any area where you are prone to face an attack. Also see where can you buy a stun gun.

The Beauty of Nature

The Benefits of Granite

What Is the Cost of Living in California?

How To Install A New Thermostat In Your...

How You Can Improve as a Public Speaker...